Twinkle Khanna remains active on social media. After talking about not going to ‘Koffee with Karan’ again, she shared a smiling picture with Karan Johar and in the caption told the fans what was the matter and why the two met.

Twinkle shared two pictures
Twinkle shared two pictures. Karan is visible in both the pictures. Karan Johar is in the first picture, while in the second picture she is seen with her cousin Karan Kapadia. Sharing the pictures, he wrote the caption- ‘One Karan for dinner last night and one for lunch today. If only there was a Karan who was right for dessert. Love you both @karankapadiaofficial and @karanjohar. 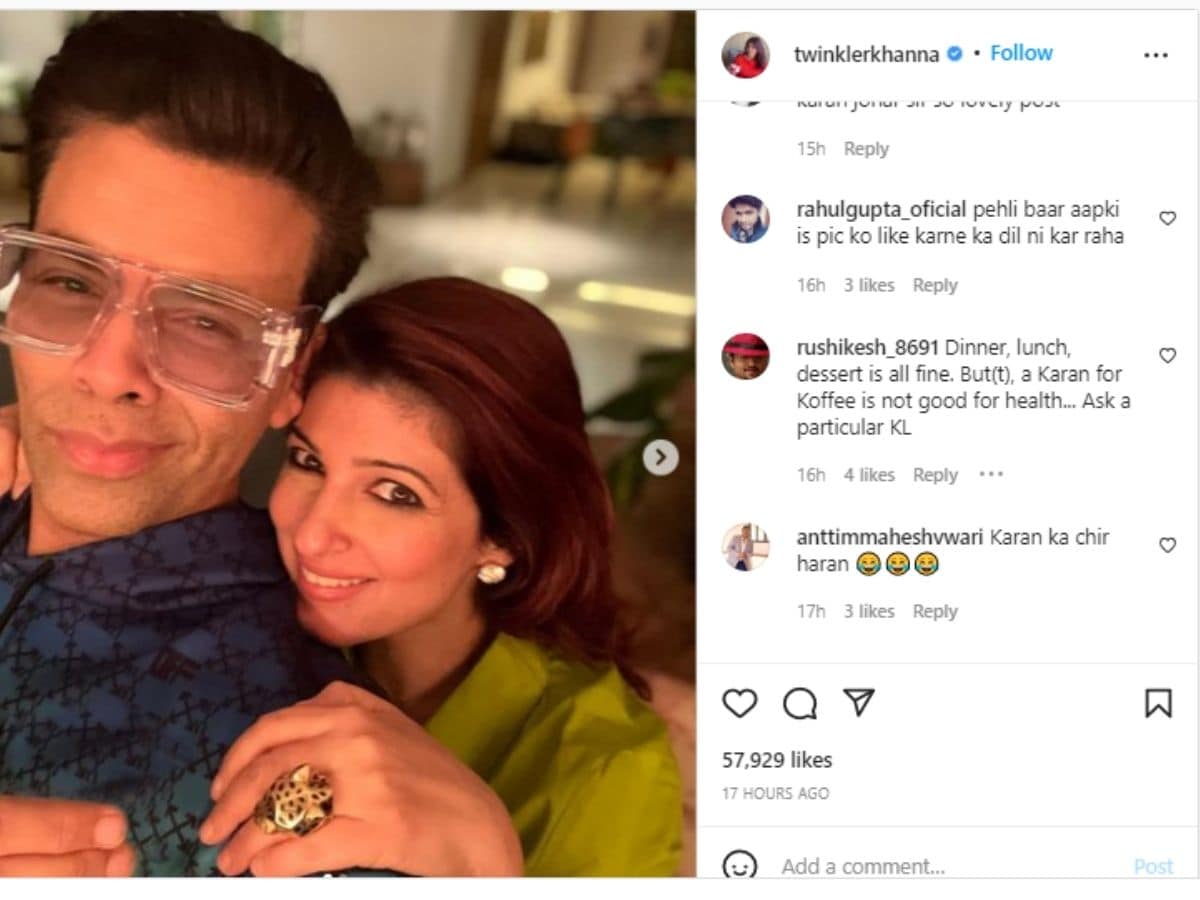 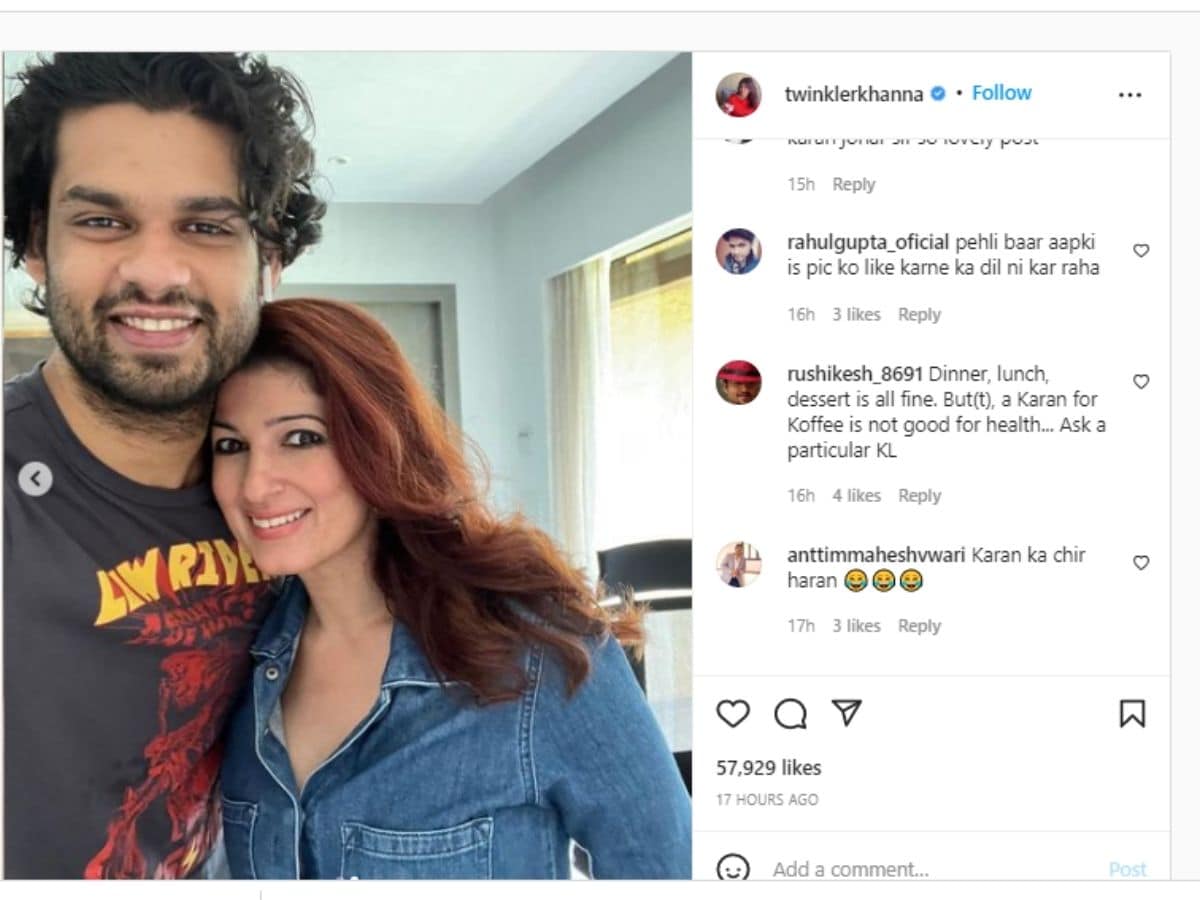 Fans are commenting
A fan wrote, ‘Matlab tea with twinkle cancel (you mean there will be no tea with twinkle anymore)?’ Another wrote, ‘What is the need of Karan, when you have Akshay for sweets.’

What did Twinkle Khanna say about KWK?
Let us tell you that recently, Twinkle Khanna shared a picture of herself drinking tea on social media, with which she has said that I am not going to do ‘Koffee with Karan’ again, but I can bring my show. Sharing the photo, Twinkle Khanna wrote, ‘I am rolling. I am on set and I have a bad habit of grumbling, shoot me. Although secretly I meant the nerf gun and not the camera… but then there are some days where it is just fun and games. Now I can’t do Koffee with Karan again but Tea with Twinkle is not a bad idea either.

Salman Khan-Varun Dhawan-Allu Arjun's films will be released in summer next year, will do wonders at the box office