Modiji Ki Beti: You must have known the Prime Minister of the country, Narendra Modi, but do you know his daughter means Modi ji’s daughter? No, today we will match you with Modi ji’s daughter. The film ‘Modiji Ki Beti’ is trending on social media. Let us tell you that recently the banging trailer of this film has been released. Ever since the trailer of this film has come out, people are talking a lot about this subject. This film has been in discussion for a long time because of the name.

Charu Asopa: Sushmita Sen’s sister-in-law Charu Asopa became a bride again after the cancellation of divorce, you will be left to see

It is shown in the trailer that there is a struggling actress who is brought into the media limelight and turns her into ‘Modiji ki Beti’. On the other hand, two foolish terrorists mistook her as the daughter of Modi ji. Considering Modi ji’s daughter, they kidnap the actress. The film takes a different turn after the kidnapping of the actress. Also the kidnappers get upset with the actress. Also in this trailer, the kidnappers want to control the whole of India and make a plan to demand Kashmir in exchange for Modiji’s daughter, but the terrorists fall into their own trap due to being famous like Kasab. 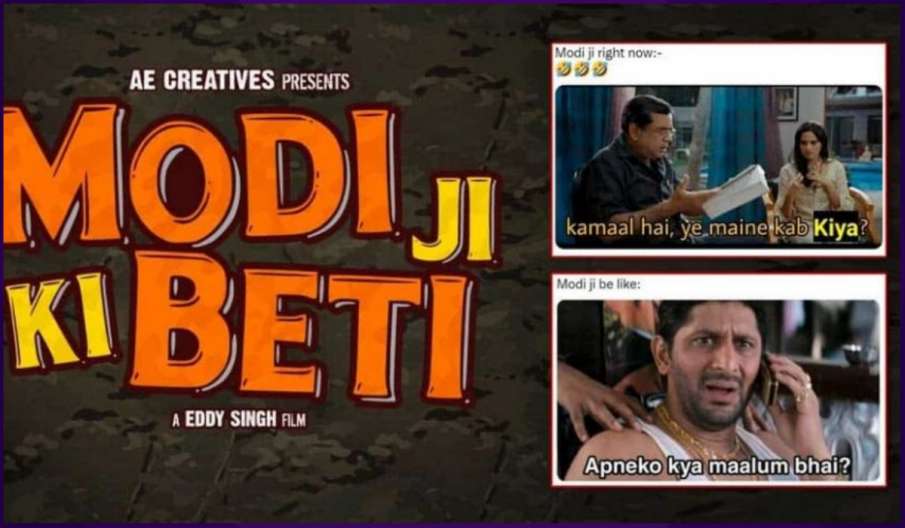 The film is hitting the theaters on October 14 (Modiji Ki Beti Release Date). The film stars Pitobash Tripathi, Vikram Kochhar, Avani Modi and Tarun Khanna in lead roles. #ModiJiKiBetiTrailer started trending on Twitter as soon as the trailer was released. At the same time in the comment section, a user said, ‘Dekhne toh banta hai’. Another wrote, ‘Hey Modi did not get married, so did the daughter come from the sky?’ One user said, ‘Did Modi ji get married?’

After Sania Mirza, now this actress got Pakistani groom! Expressed love like this on social media

Celeb Education: Gulshan Grover is training people to be 'bad men', once had dinner with Prince Charles