Ranbir Kapoor and Alia Bhatt’s film ‘Brahmastra Part One: Shiva’ has been in constant discussions ever since its release. There are various discussions on social media regarding the film’s earnings. While the film is making new records every day in terms of earnings, on the other hand it is being claimed that the film has become the highest grossing film of the year. Brahmastra has also left behind The Kashmir Files, the most successful film of the year in terms of earnings. Now the director of The Kashmir Files Vivek Agnihotri has also reacted to these reports.

Vivek Agnihotri wrote in his tweet- ‘Hahaha… I don’t know how he beat The Kashmir Files, with stick, stone, hockey, rod, AK 47, paid PR or influencers. Let Bollywood movies compete with each other. Leave us alone. I am not in this silly race. Thank you.’ 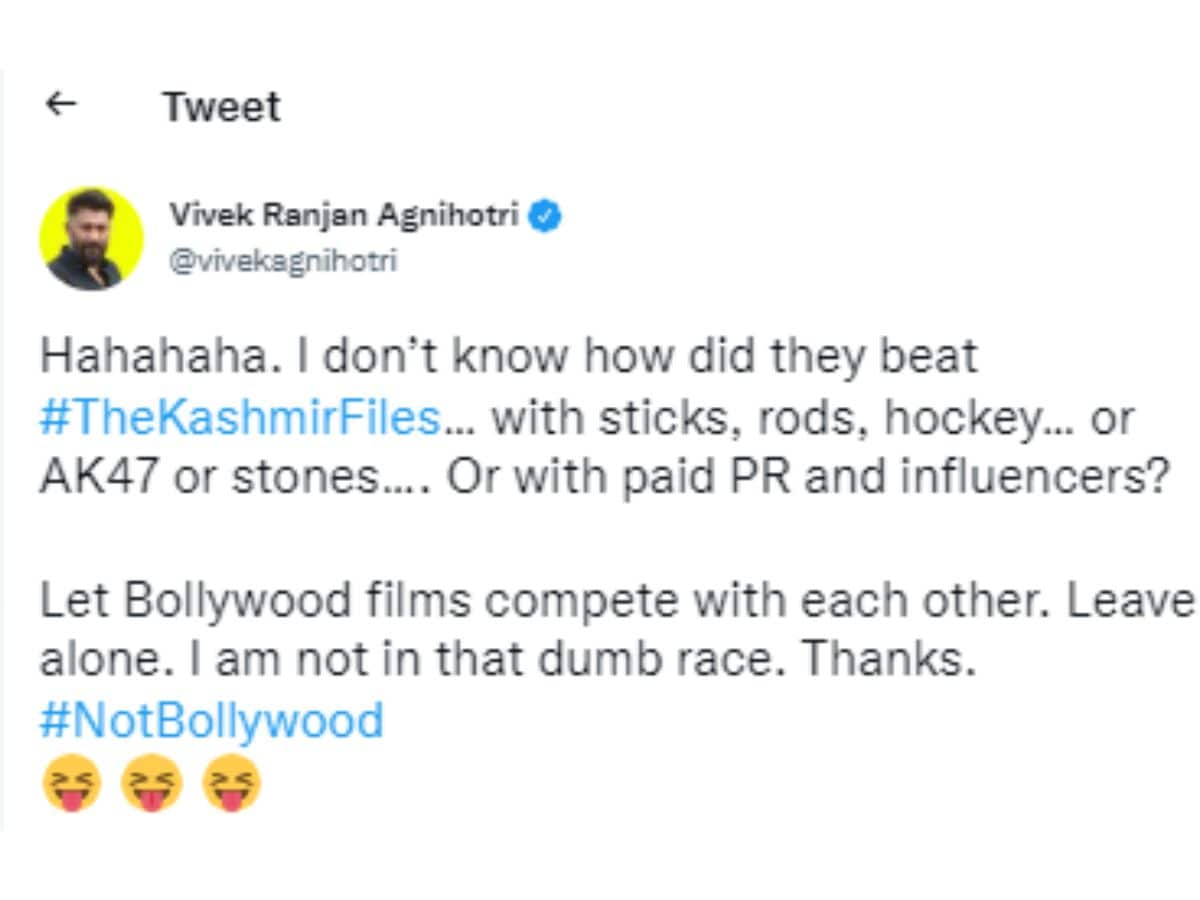 On the other hand, new reports are coming out every day regarding the earnings of Brahmastra, in which it has been claimed that the film has done business of 200 crores so far. According to film trade sources, Ranbir-Alia’s film earned 17 crores on the second weekend. The film’s domestic collection is 200 crores and world wide 350. That is, the film has become the highest grossing Bollywood film of the year.

Zwigato Trailer: Kapil Sharma is impressing as the delivery boy, the trailer of the film 'Zwigato' released