Vicky Kaushal and Fatima Sana Shaikh were spotted at the Mumbai airport on Sunday. Both were returning from Rajasthan after shooting for the upcoming ‘Sam Bahadur’. Earlier, Fatiman has shared two different pictures with Vicky on his Insta story by making a collage. Both are seen flaunting funny face expressions. In this picture, both of them can be seen sitting in the flight. Vicky is wearing a checkered shirt and cap while Fatima is in a T-shirt and has two braids. 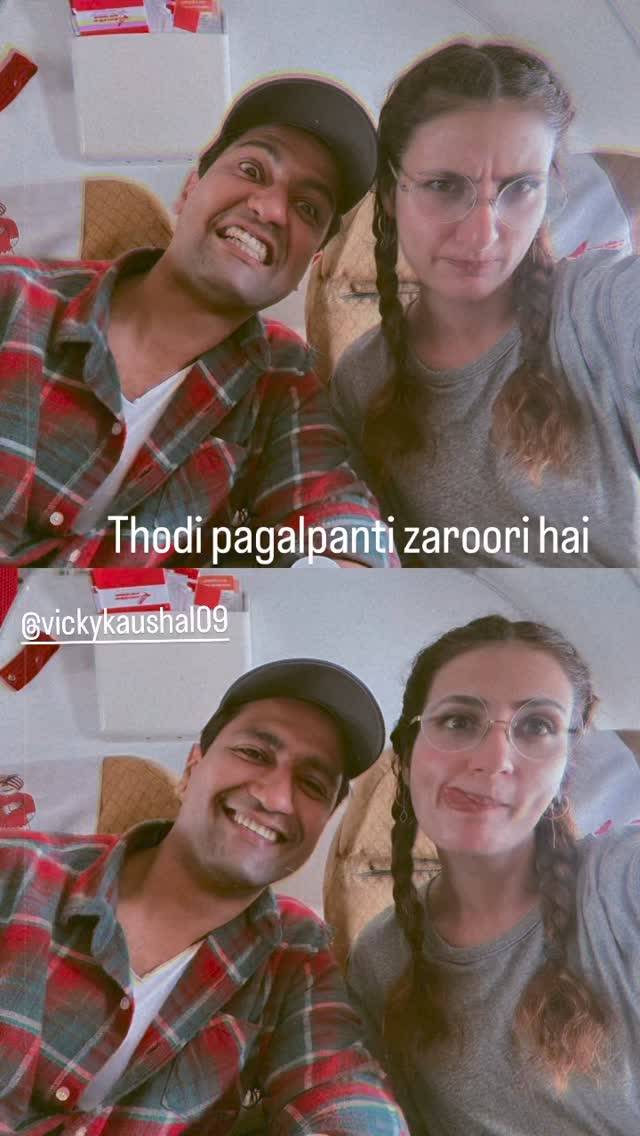 At the same time, Paparazzi Viral Bhayani has shared a video of both of them on social media account. Both can be seen in the same outfit. Fatima hoodie is carried. While Vicky was seen walking non-stop at the Mumbai airport, Fatima was seen running to the side of the paparazzi saying, “Hato hato sahab aa rahe hai.” This video of Fatima and Vicky is becoming increasingly viral.

Apart from this, Fatima Sana Shaikh has flaunted her two very glamorous saree looks on Instagram. In this, she is seen showing her captivating performances. In these pictures, she can be seen in a printed blue saree and a yellow-red blouse. He has kept his hair open. She is looking very beautiful in this. Sharing the picture of the sari, Sana wrote, “Hands up if you didn’t sleep well last night.” Talking about the film, Vicky Kaushal will be seen in the role of Field Marshal Sam Manekshaw in ‘Sam Bahadur’. Sam Manekshaw served as the Chief of Army Staff of the Indian Army during the Indo-Pakistani War of 1971. Along with Vicky, Fatima Sana Shaikh and Sanya Malhotra are also in the film.