Alia Bhatt (Alia Bhatt) and Ranbir Kapoor got married on 14 April last month in the presence of their family and close friends. In a private ceremony, both the celebs took seven rounds. On Saturday, the couple went out for dinner to celebrate one month of their marriage.

Alia’s sister Shaheen Bhatt has shared some pictures of Alia and Ranbir’s Mehndi Ceremony and Reception Party on her Instagram handle on Sunday. Shaheen has shared these pictures about 2 hours ago, on which more than 21 thousand likes have come.

In one of the photos, apart from Ranbir Kapoor and Alia Bhatt, Ayan Mukerji and Shaheen Bhatt are seen, seeing which a fan expressed the opinion, ‘Ayan and Shaheen would be a cute couple.’ Fans were excited about the photos. One user wrote, ‘It’s been a wonderful month for all of us.’ Another user writes, ‘You look very happy.’ Fans are thanking Shaheen for these photos. Ranbir-Alia got married on 14 April. (Instagram/shaheenb)

Couple celebrated the completion of 1 month of marriage
Sharing the pictures, Shaheen wrote in the post, ‘It has been a wonderful month.’ Alia and Ranbir were spotted by the paparazzi outside the restaurant on Saturday night. Alia was seen in a floral summer outfit, while Ranbir was seen in a casual shirt and jeans. 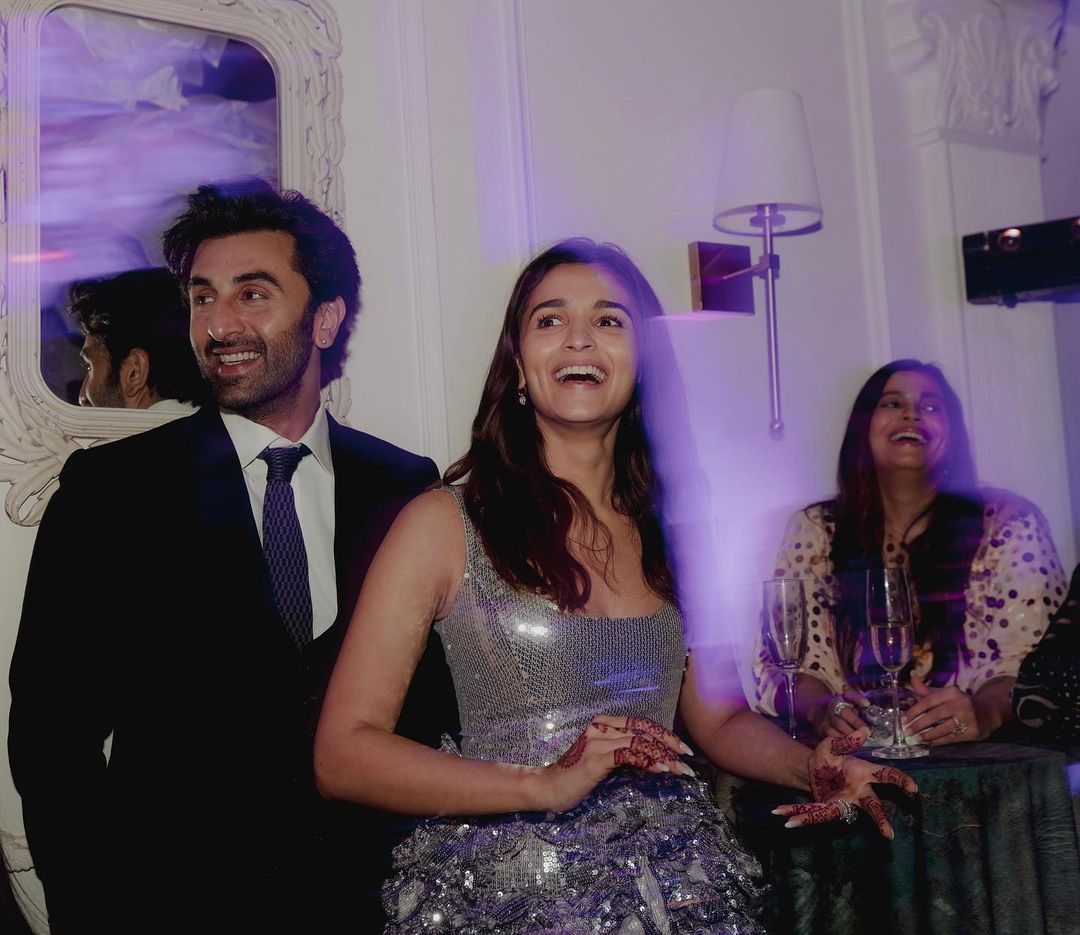 Ranbir-Alia dated each other for 5 years before marriage
Alia and Ranbir got married at their Bandra home in Vastu in the presence of close friends and family. Later, he invited a few more friends to a reception party at his house. Before tying the knot, they were together for more than five years.

Ranbir-Alia will be seen in ‘Brahmastra’
The couple started dating each other in 2017, while working together in Ayan Mukerji’s film ‘Brahmastra’. The film also stars Amitabh Bachchan and Mouni Roy. Ranbir and Alia Bhatt Will be seen together on screen. The film will release on 9 September.