Mumbai: Bollywood actor Ranveer Singh’s ‘Jayeshbhai Jordaar’ has been released, which is getting mixed reactions from the audience and critics. After seeing Ranveer Singh’s Gujarati speaking style, his body language, as the trailer of the film was a big hit, the audience expected that he was going to see something very spectacular, but after watching the film, the fans of the actor were a bit disappointed. However, in the meantime, some celebs praised ‘Jayeshbhai Jordaar’ fiercely, including R Madhavan. 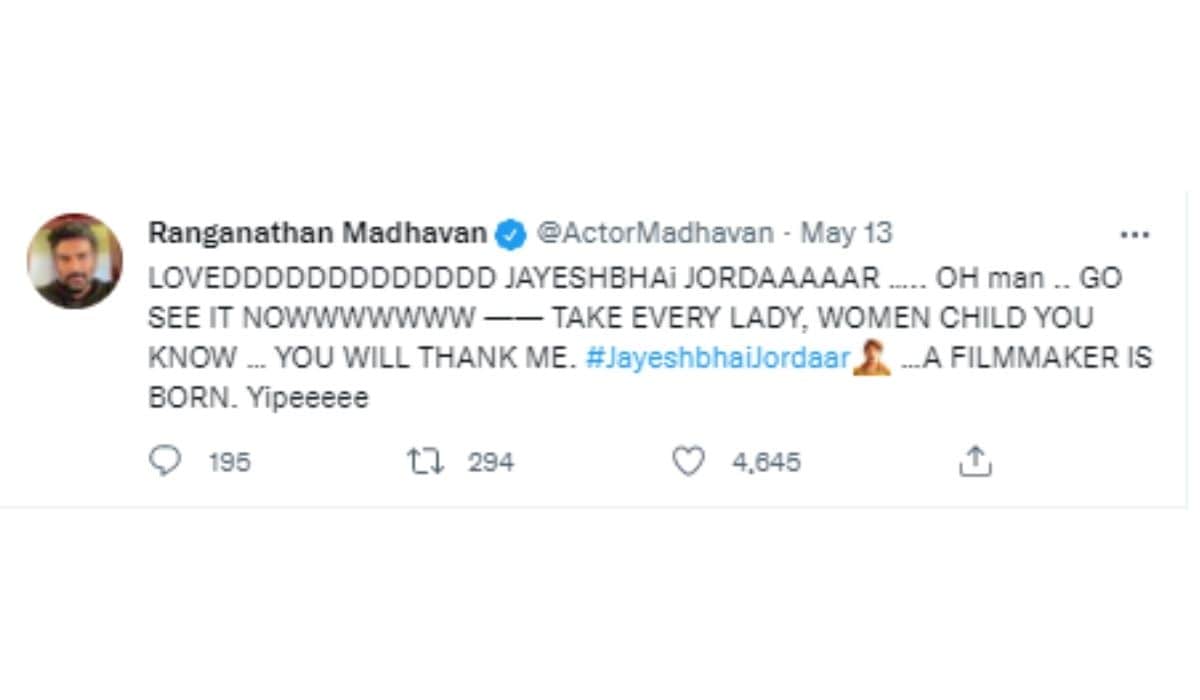 Responding to this tweet of R Madhavan, a user wrote- ‘When you promote such nonsense films you lose your credibility … Chalo bhi Madhavan you don’t need to do this, disappointing.’ Now R Madhavan has also reacted to this user’s reaction. R Madhavan wrote- ‘I will lose credibility because I liked a film that you might not like. You could disagree with me politely. I find it difficult to appreciate the credibility you are talking about. I hope you have a pleasant day.’ Along with this, he has also posted some emoji.

Ranveer Singh starrer Jayeshbhai Jordar released on Friday itself, in which Shalini Pandey, Ratna Pathak Shah and Boman Irani are also in important roles. This comedy drama has been directed by Divyang Thakkar. Produced by Aditya Chopra-Manish Sharma under the banner of Yash Raj Films.

RRR OTT Release Date: Know when and where you can watch the blockbuster film of Ram Charan and Jr NTR sitting at home