Akshay Kumar The trailer of the much awaited film ‘Raksha Bandhan’ will be released today. Akshay has shared the new poster of the film. This is a family film, directed by Aanand L Rai. Bhumi Pednekar is in the lead role with Akshay in the film. Its trailer is going to be released today evening. Ahead of the trailer launch, Akshay Kumar shared yet another brand new poster, featuring Akshay and his onscreen sisters.

In the new poster, Akshay Kumar can be seen riding a scooter with his sisters. Sharing the poster, he wrote, “Together to know each other’s secrets, happiness and hearts. Solidarity is life. And what is life without family. Come join this beautiful family. The trailer of Rakshabandhan will come today at 5.40 pm. 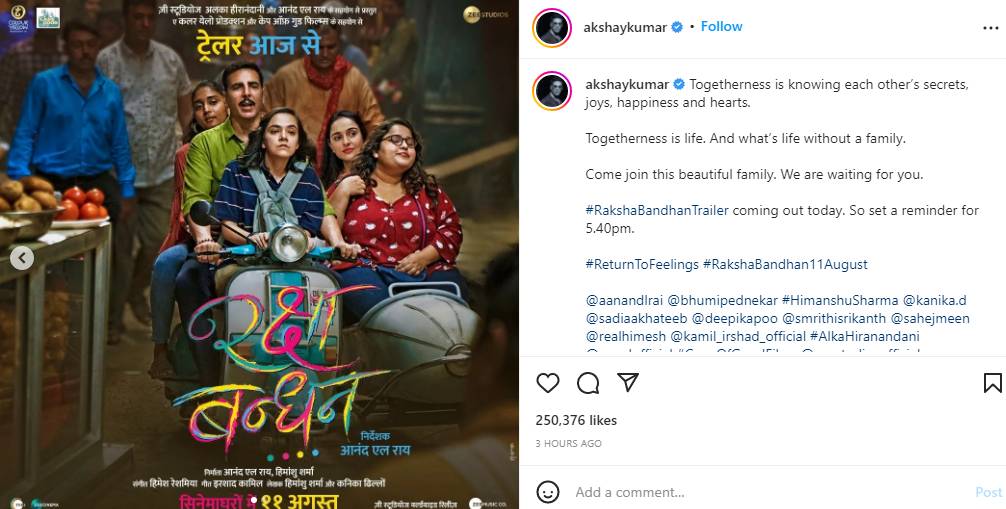 Jhanvi Kapoor shared a very special picture with sisters Khushi and Shanaya, the caption of the actress caught the attention of the fans