Sonam Kapoor Baby Name: Ever since Sonam Kapoor became a mother, the fans of the actress are desperate to get a glimpse of her son. Now the actress has fulfilled this wish of her fans and has also announced the name of her son. Sonam Kapoor and Anand Ahuja have told that the couple has named their child ‘Vayu’. On Tuesday, the couple took to their respective Instagram handles to share a cute picture in which they can be seen posing in a yellow outfit.

In the click, Sonam can be seen lovingly gazing at her son, while Anand, sitting next to her, holds ‘Vayu’ in his arms. In the caption, Sonam told that her son has been named ‘Vayu’. Reacting to the photo, the fans of the actress are congratulating her and showering love on the family photo.

While sharing the photo, he wrote in the caption- ‘New breath has been added to our lives. A symbol of our strength and courage in the form of Lord Hanuman and Bhima. Just wanting everyone’s blessings for his son Vayu Kapoor Ahuja. Vayu is one of the five elements in Hinduism. Vayu is the mighty God in himself. That is why we have named our son Vayu. 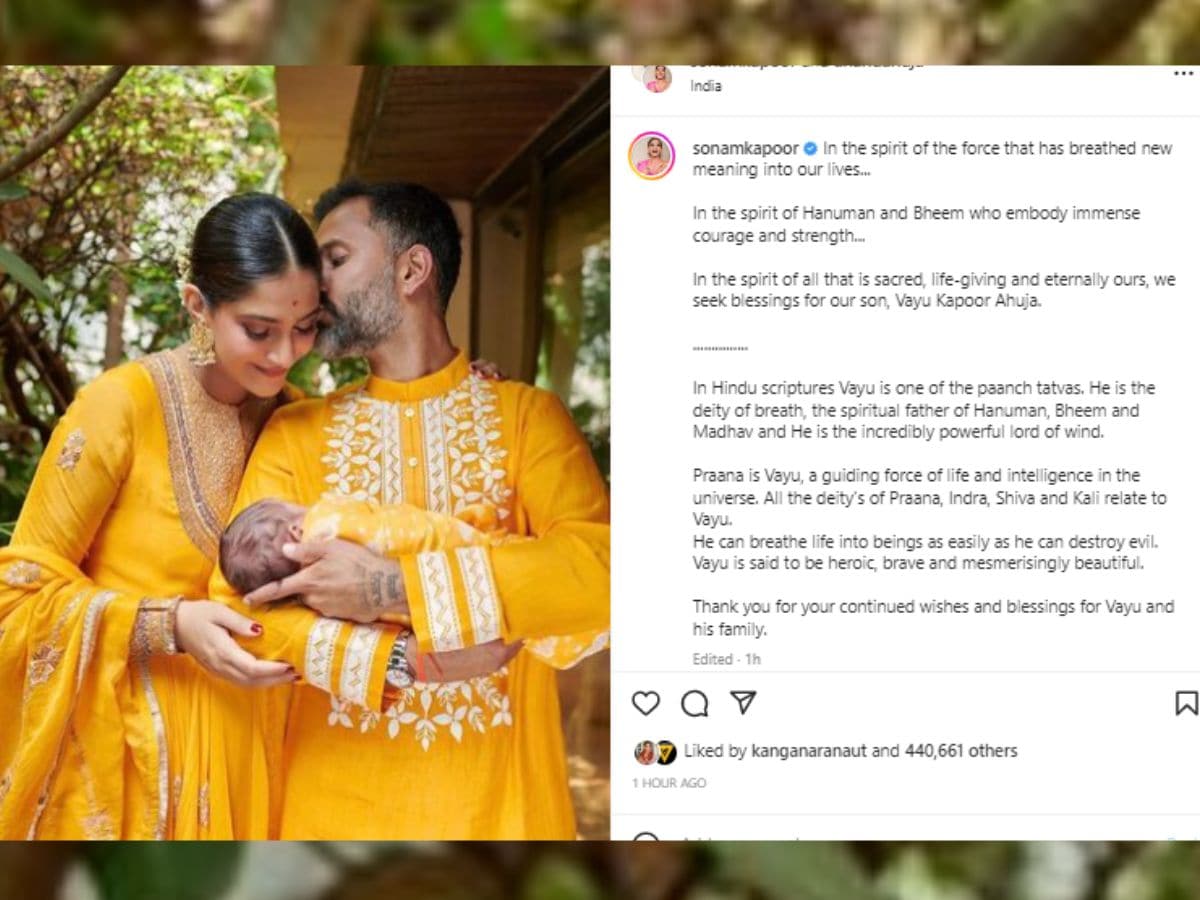 Sonam has shared a long post, in which she has explained the importance of her son’s name. She further writes in her post- ‘He is the god of breath, the spiritual father of Hanuman, Bhima and Madhav and he is an incredibly powerful lord of the air. Vayu is life, which is the guiding force of life and intelligence in the universe. All the gods of Prana, Indra, Shiva and Kali are related to Vayu. He can breathe life into living beings as easily as he can destroy evil. Vayu is said to be brave, brave and mesmerizing.

Sonam Kapoor: Sonam Kapoor shares the first picture of her son, know what is the name of Anil Kapoor's grandson

Actors who became famous with 'Maine Payal Hai Chhankai', are husband and wife in real life, know special things about them