Although a day is not needed to make a mother feel special, but every year on the second Sunday of May, these days are celebrated all over the world for the mother. May 8 means today is Mother’s Day. Bigg Boss winner Siddharth Shukla is no longer in this world, but he was very close to his mother. Even during Bigg Boss, he had expressed this many times by talking about his mother. Last year, on Mother’s Day, she wrote a special post with a very cute picture of her mother, which is now going viral again.

On this day, a whole year ago, Siddharth Shukla wrote a cute post in the name of his mother Rita Shukla, which fans are getting emotional after reading it again today.

On the occasion of Mother’s Day, Siddharth shared a picture of himself with mother Rita in the year 2021 and wrote, ‘On this special day, I am acknowledging your lots of love and all the efforts that you do for me everyday. ‘ 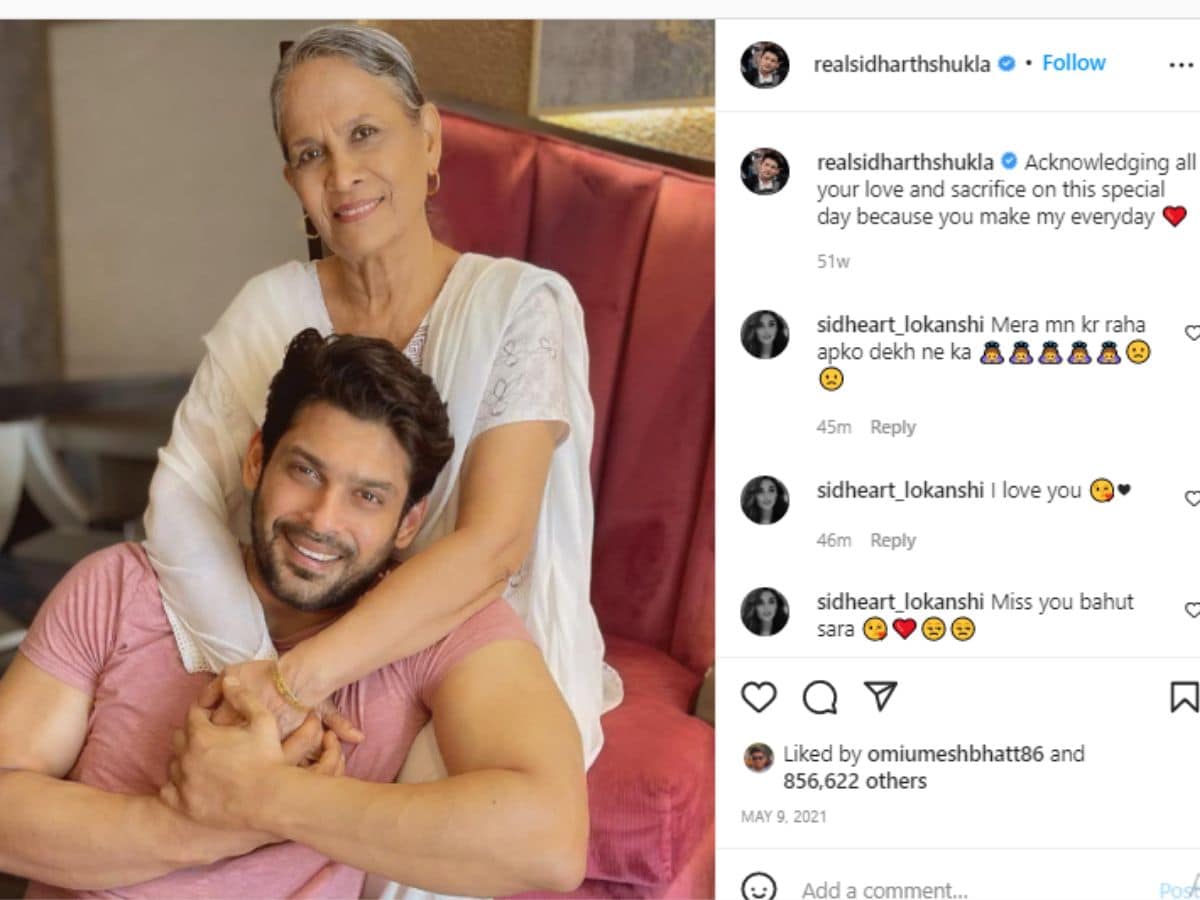 Recently some pictures of Siddharth Shukla’s mother Rita have surfaced on social media. She was seen distributing toffees, chocolates to the children in the summer camp of Brahmakumari. Fans had showered love on these pictures.

Let us tell you that in the year 2004, Siddharth made his debut. In the year 2008, he appeared in the TV serial ‘Babul Ka Aangan Chhote Na’. He got real recognition from the character of Shiva in ‘Balika Vadhu’. Siddharth Shukla, who became popular with this show, also participated in many reality shows. He was also the winner of shows like ‘Khatron Ke Khiladi’, ‘Jhalak Dikhhlaja’ and ‘Bigg Boss 13’. Siddharth died on 2 September last year due to a heart attack.

VIDEO: Mahi Vij accused of abusing the man on the road and threatening to rape, sought help from Mumbai Police

Aditya Ajay Ojha will romance not one but 3 heroines, made a place in Ratnakar Kumar's Bhojpuri film