Summer has started, in which most of the people plan to go anywhere and go out for a walk, so how can Bollywood celebs stay behind in such a situation. Just a few days ago, Shahid Kapoor’s wife Mira Rajput went on a Dubai trip with her girl gang, then when she returned home, Shahid Kapoor left on a bike with his boys team. on a journey. Seeing the pictures of Shahid’s gang, it is known that all these people are going to decide their further journey by bike.

According to media reports, the biker gang of Shahid Kapoor, Ishaan Khattar and Kunal Khemu has reached Europe. Shahid has also shown a glimpse of it on his Instagram. Shahid Kapoor has shared a picture on his Instagram account, in which Ishaan Khattar and blogger Suved Lohia are also seen with him. In the caption of this picture, he wrote, “Boys with their toys”, and also tagged all his friends in the picture. At the same time, Kunal Khemu shared this picture and wrote, “Let’s go boys and girls.” 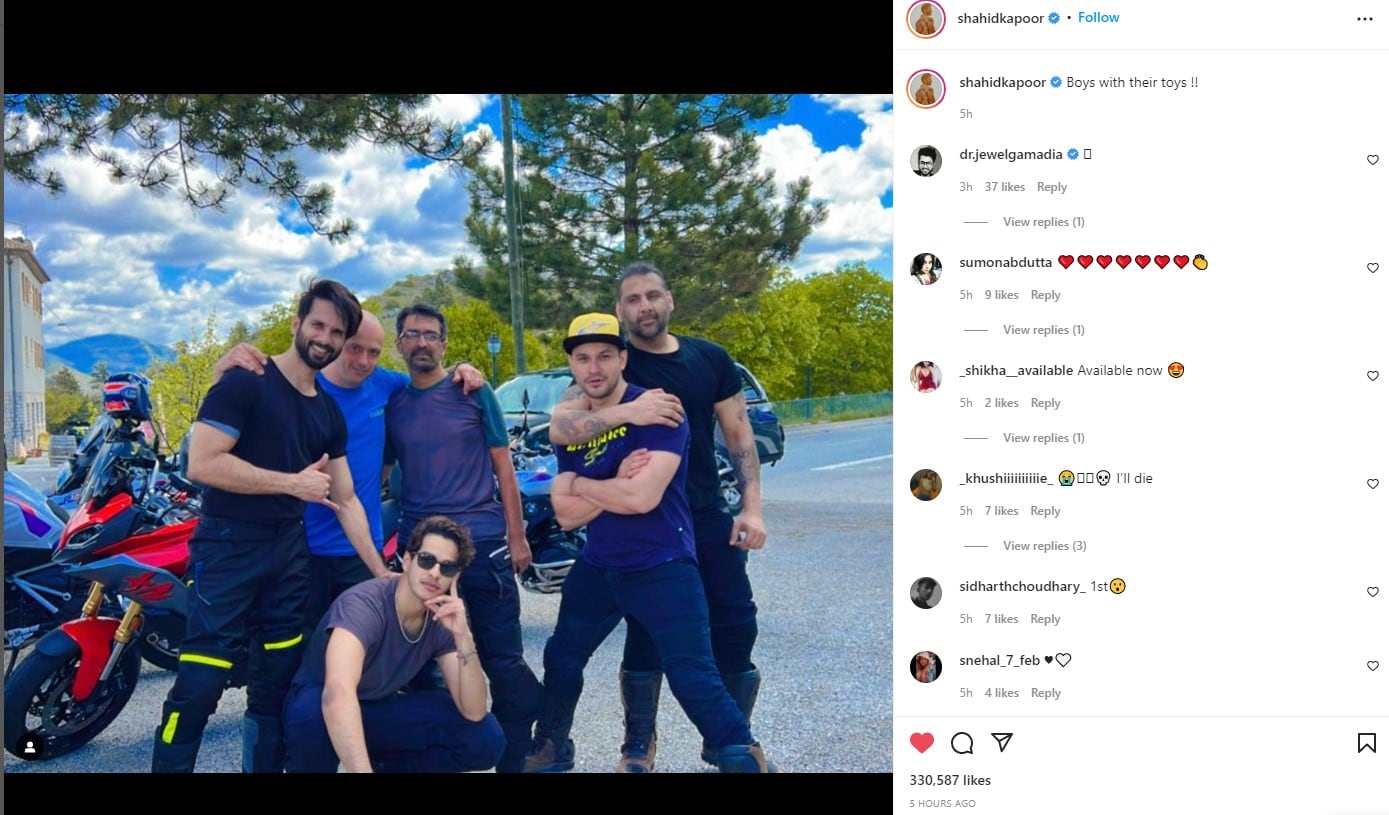 Lots of likes and comments coming on the picture
In the photo, Ishaan, Shahid, Kunal, Suved and their friends pose for the camera in their airport baggage, casual outfits and sunglasses. Along with fans, celebs are also commenting fiercely on this post of his. Kunal’s sister-in-law Saba Ali Khan commented and wrote, “Safe and super journey.” One user commented and wrote, “Where are you going?” Another user jokingly wrote, “The Gangs of Bollywood,” while another user asked, “Where are you sir?..enjoy a lot”.

Shahid Kapoor is very fond of traveling
By the way, by checking Shahid’s social media handles, it is known that how much he is fond of traveling. Every year Shahid, Kunal and Ishaan go out on vacation to enjoy biking adventures. Shahid Kapoor Recently appeared in the sports drama ‘Jersey’, which is the official Hindi remake of the Telugu film of the same name. Mrunal Thakur and Pankaj Kapur also played important roles in the film. The film did not perform well with the audience and was thrashed at the box office with mixed reactions. Now Shahid will make his OTT debut by starring in Raj and DK’s ‘Farji’.

Pawan Singh in God's shelter between divorce from wife and a heated dispute with Khesari lal, VIDEO went viral