Shabaash Mithu Trailer Review: For years we all have been hearing this saying that ‘cricket, cinema and crime… the Indian audience can never get bored of these three things’. And the popularity of these three among the audience is also in this order i.e. if there is anything above cinema, then it is cricket. Perhaps this is the reason that whether it is the stories related to cricket or the biopics of cricketers, the attraction of the cinematic world has always been towards these stories. But ‘cricket’ which is worshiped like a religion in this country and the cricketers are given the name of ‘God’, in the same country, the national cricket team has had to struggle a lot to get the jersey of its name, because The players of this national cricket team were women. The trailer of Taapsee Pannu starrer film ‘Shabash Mithu’ shows how inspirational this story can be when girls enter ‘Gentleman’s Game’.

Viacom18 Studios’ Shabaash Mithu is all set to hit the silver screens on July 15 next month. The makers have released the great trailer of ‘Shabash Mithu’ some time back and you will understand why it is being called ‘Shaandaar’ by watching the trailer of this film. The film is the story of Mithali Raj, the captain of the Indian women’s cricket team, whose character is played by Taapsee Pannu.

The trailer begins with Taapsee wearing Mithali’s jersey for fours and sixes and Mithali is seen telling her fellow cricketers, ‘I was eight years old, then someone had shown this dream. Like the man in blue, the woman in blue…’ The best thing about the trailer is that not even a single moment will feel like wasted. In this trailer of 2 minutes 45 seconds, you will see the entire story and its emotions from the first second to the last. 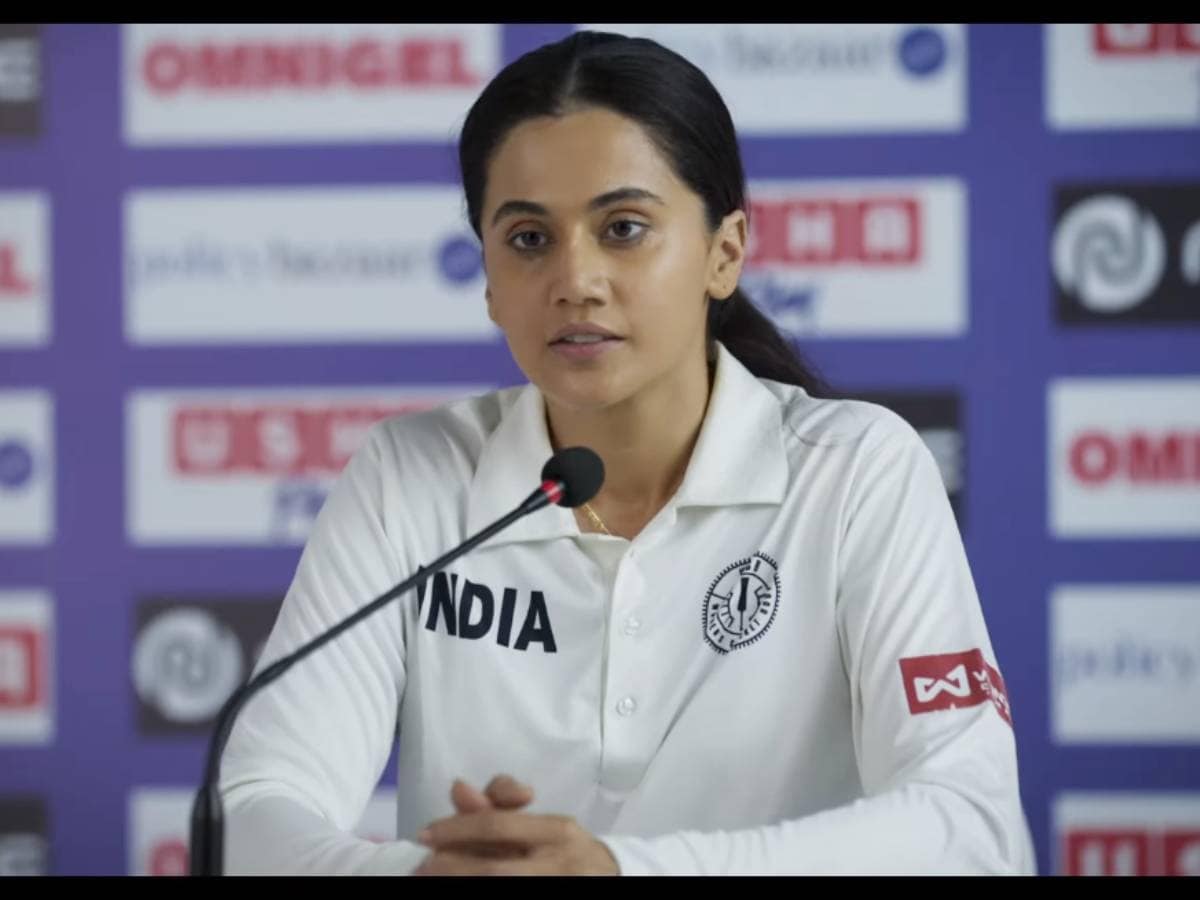 In this film, Taapsee will be seen playing the role of Mithali Raj.

There is a glimpse of a special scene in the trailer, in which Taapsee talks about her identity in front of the cricket board. Believe me, this single scene has increased tremendous curiosity about the film. I just want to see how the director gets the answer on screen.

Watch the trailer of the film here.

Although many films have been made on cricket, but often these stories of cricket are the story of the personal struggle of the cricketers. But perhaps this is the first time, when the story of the ‘struggle for identity’ of a team of one of the most popular sports in the country will be brought to the screen. The trailer of ‘Shabash Mithu’ has done all the work that a trailer should do, that is, to increase the curiosity towards this film. Now it remains to be seen how much this story can attract the audience on the screen.

Hazel Keech and Yuvraj Singh share their first glimpse of their son, WOW

Alia Bhatt stunned to see Ranbir Kapoor's look in 'Shamshera', showered love on her husband by sharing the poster