Mumbai: A ‘dupatta video’ from the popular TV show ‘Swaran Ghar’ is also in the headlines. This video is being discussed everywhere, many celebs have also reacted to this viral video of Swaran Ghar. On which the reaction of the serial’s lead actress Sangeeta Ghosh has also come to the fore. Recently, Kamya Punjabi had also reacted on the viral ‘Dupatta Video’ of ‘Swaran Ghar’, on which Sangeeta Ghosh has narrated to her.

Sangeeta Ghosh has shared a post on Instagram, in which she said that the team wanted to present it differently, but it did not turn out as it should have. He also apologized for this. However, in her post, Sangeeta Ghosh also reacted to Kamya Punjabi’s statement, in which she said that due to such scenes, the content of TV seems to be falling down.

Sangeeta writes- ‘I take everything like a pinch of salt. I took this video in a similar way. I think when your audience gives you so much love and appreciation, they have a right to criticize too. I told everyone on the sets that at least we have gone viral. We make mistakes in life and in shows. In the end we have to move on. Sangeeta further wrote- ‘It did not happen the way we had planned. The team has also realized its mistake, they are coming to know where the mistake is happening. As an actor, we don’t have the last words. But we have been cautious going forward. The show is progressing and the content is getting better. It does not mean that we are not doing well. 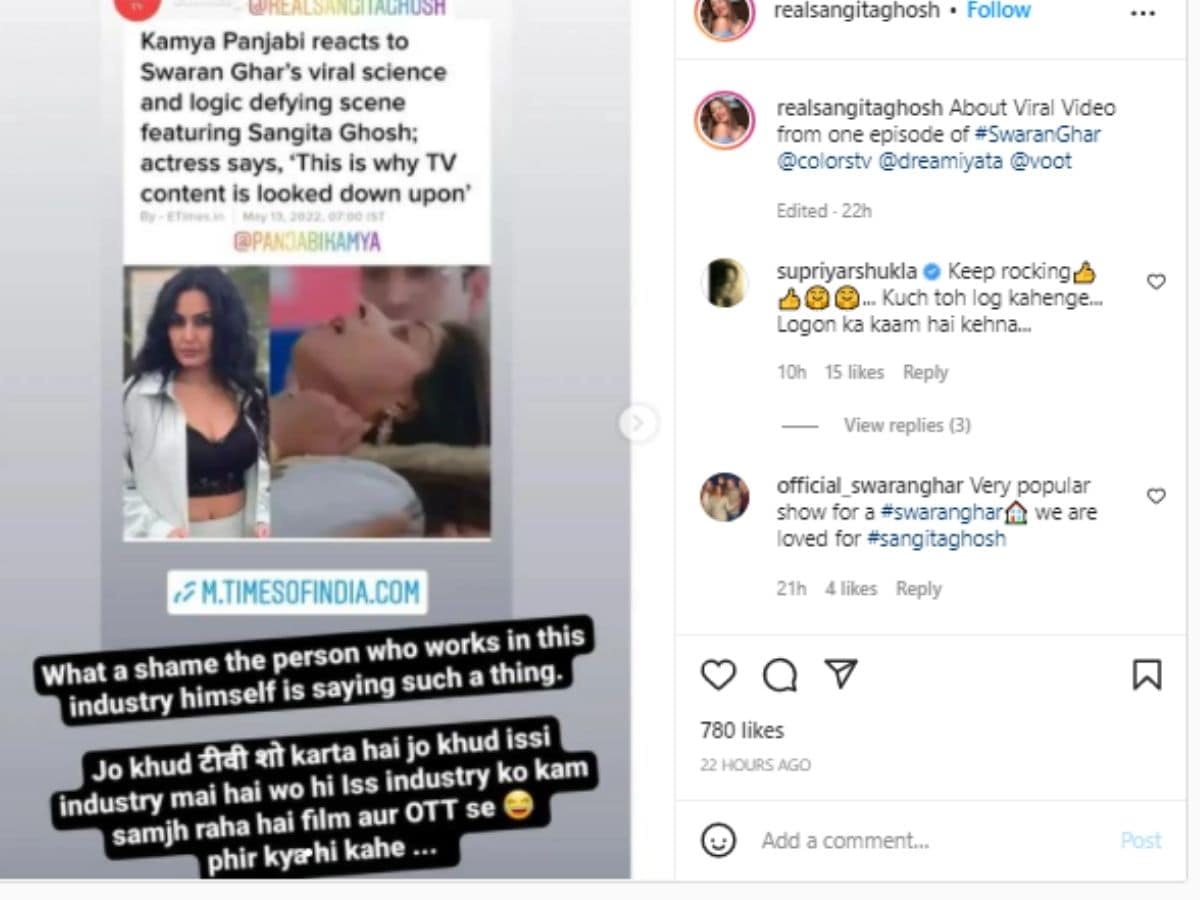 Responding to Kamya Punjabi’s reaction, Sangeeta wrote- ‘It is a matter of shame, the person who is himself working in the TV industry, is talking like this. The one who does TV shows himself is in this industry, he is understanding this industry less than film and OTT. Then what to say?

Jasmin Bhasin's new photoshoot goes viral, says- 'Judge me when you are perfect yourself'