To take notice of the post, some of Samantha’s fans shared a screenshot of the post and asked if her account had been hacked. After which the post was deleted a few minutes later and after this the social media manager of the actress clarified about it.

What did the social media manager say

Samantha’s social media manager, Sheshanka Binesh, said in a statement: Due to a technical glitch, a post on Instagram was accidentally cross-posted to Samantha’s account. We are working on the matter and will take it forward with Team Instagram. 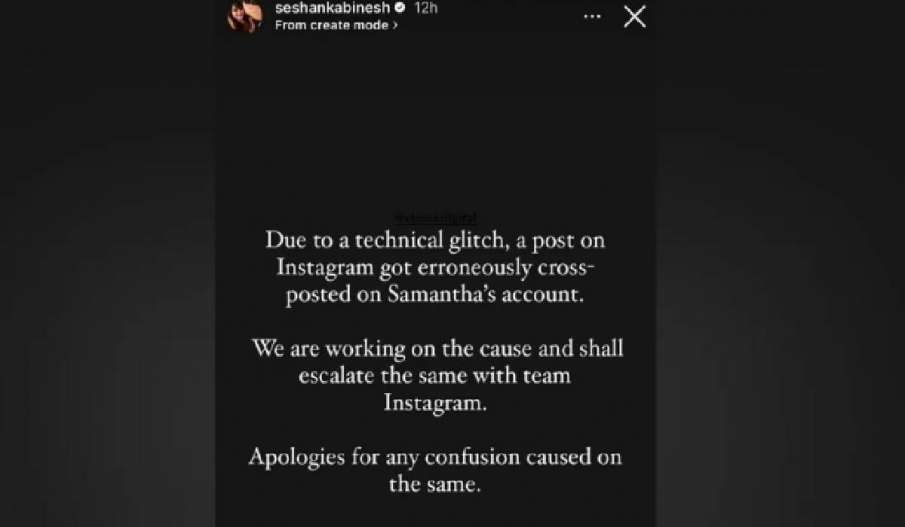 Why did people get attention

Let us tell you that there are pictures and videos of her professional and personal life on the Instagram account of the actress. Hence, the unusual post caught people’s attention. After which people talked about Samantha’s coming in politics to any personal connection before the truth came out.

Ranveer Singh Birthday: Ranveer Singh became the superstar of Bollywood because of these 8 strong performances

Not only ‘Kaali’, these films are also accused of insulting the deities

Shahrukh Khan's film 'Jawan' will have South's temper, Vijay Sethupathi will be part of the film