Raksha Bandhan: Every year 4-5 films of Bollywood actor Akshay Kumar are released. So far this year, Akshay’s 2 films ‘Bachchan Pandey’ and ‘Samrat Prithviraj’ were released. Now his next film which is lined up for release is Raksha Bandhan. About which Akshay Kumar is in constant discussion. Recently the actor shared the poster of the film. With which he also informed the fans that when the trailer of the upcoming film will be released.

Sharing the poster of ‘Rakshabandhan’, Akshay Kumar writes in the caption- ‘This is the story of love, joy, family and the unbreakable bond that binds them together… Let’s be a part of this grand celebration of life. #RakshaBandhanTrailer is releasing tomorrow. 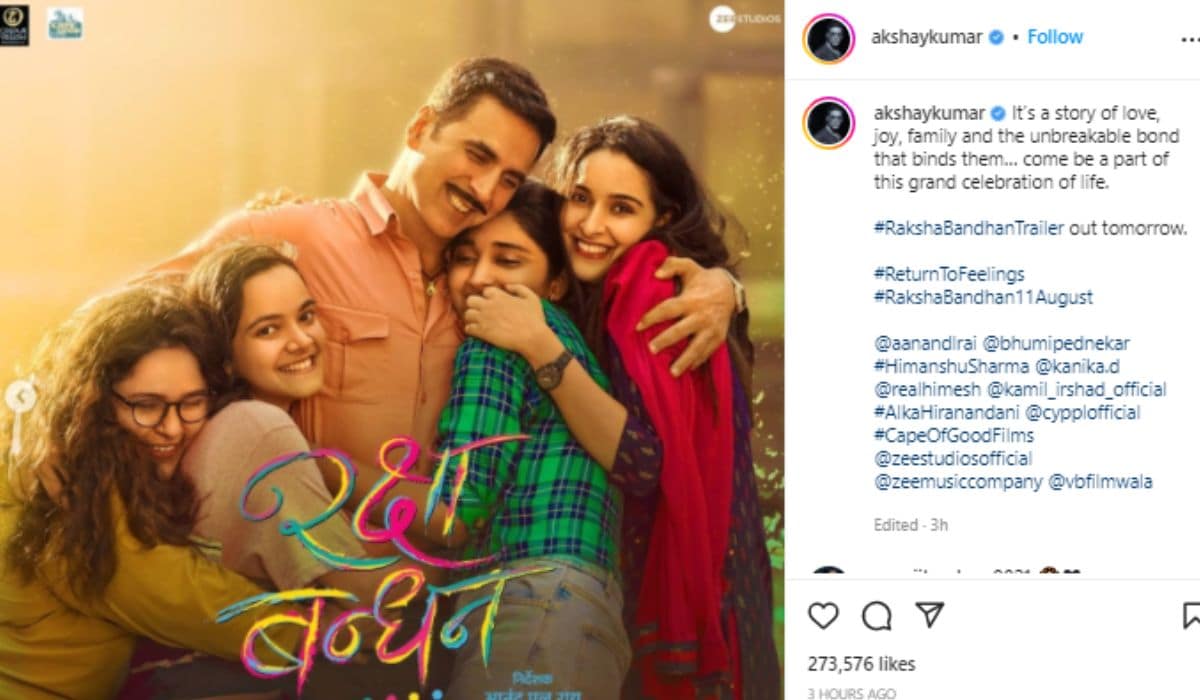 Rakshabandhan is a comedy drama based on the love and trust of brother and sister, in which Bhumi Pednekar is also in an important role along with Akshay Kumar. The film will be released in cinemas on the occasion of Rakshabandhan i.e. on 11th August. The festival of brother and sister can be of great benefit to this film. But, Akshay’s film is going to face Aamir Khan’s Lal Singh Chaddha. However, even after being in front of Aamir Khan’s film, the makers have not made any change in the release date.

Mahima Chaudhary will be seen with Anupam Kher in 'The Signature', the actor shared the first look poster with the fans