On Tuesday 20 September, a month has been completed for the birth of the baby boy of Sonam Kapoor and Anand Ahuja. On this special occasion, new parents Sonam Kapoor and Anand Ahuja shared the first picture of their son on Instagram and revealed his name. This cute couple of Bollywood has named their son Vayu Kapoor Ahuja, which is inspired by Hindu scriptures and Lord Hanuman and Bhima. After sharing the couple’s photo, Sonam Kapoor’s aunt Maheep Kapoor shared a glimpse of the baby boy’s room on her Instagram. Which is immense.

In this photo done by Maheep, it can be seen that the entry gate of Vayu’s room has been decorated with monkey toys. There are also two big mirrors on either side of it. 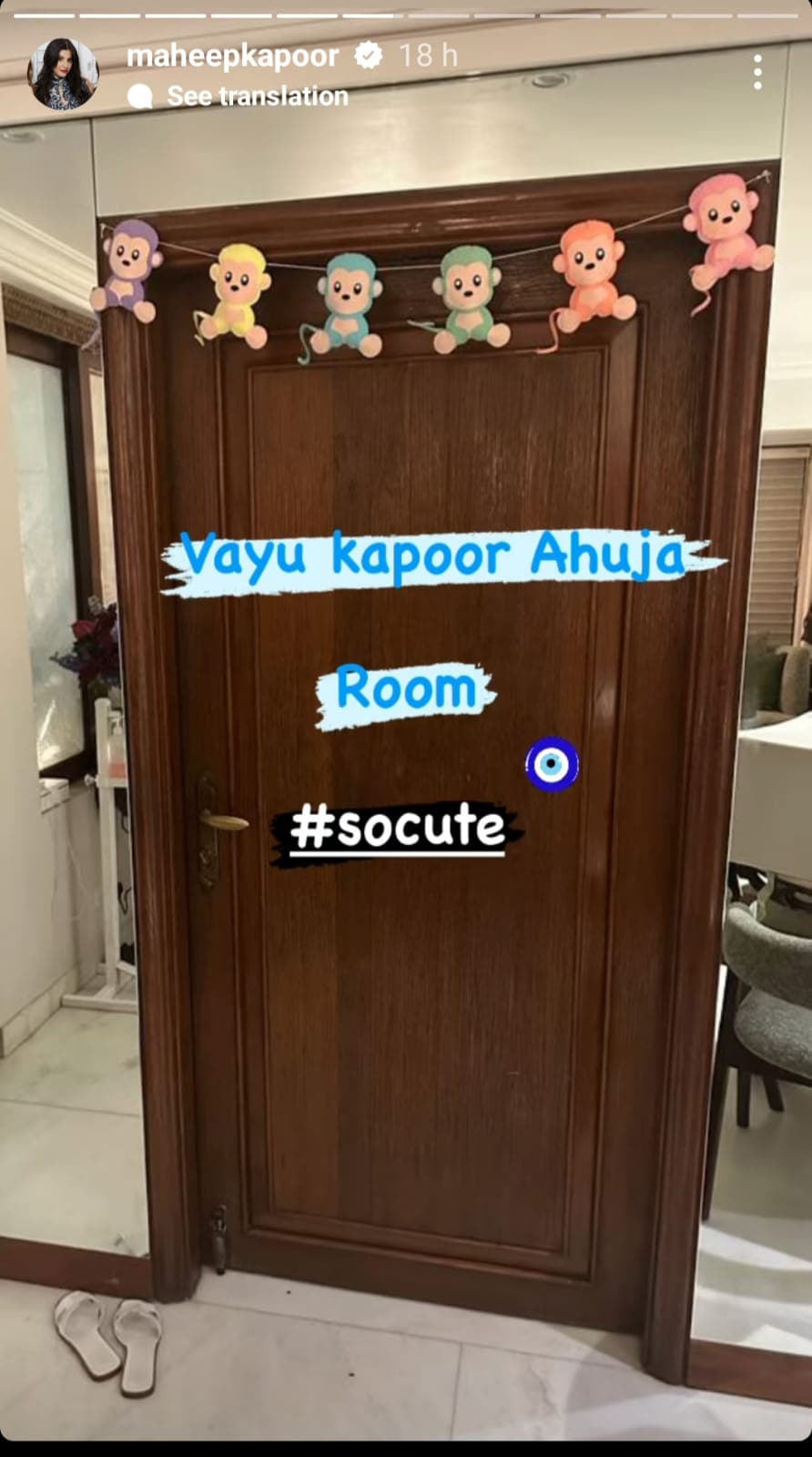 Sonam Kapoor’s father Anil Kapoor also shared this photo of Sonam and Anand with people by putting it in his Instagram story. In this photo shared on Instagram, Sonam Kapoor, Anand Ahuja And her baby boy is wearing similar clothes in yellow. In the caption of this photo, Sonam wrote a long post and told that her son’s name ‘Vayu’ is inspired from the scriptures and Hindu gods Hanuman and Bhima who symbolize immense courage and strength. She further writes that air is one of the five elements in Hindu scriptures. Also Vayu is the spiritual father of Hanuman, Bhima and Madhava and he is the incredibly powerful lord of the wind. She further thanked her fans and wrote that “Thank you for your continued wishes and blessings to Vayu and his family.”

Sonam Kapoor did Bollywood debut in 2007-
Sonam Kapoor She made her Bollywood debut with the 2007 film Saawariya. After that he has been seen in many hit films like ‘I Hate Love Stories’, ‘Bhaag Milkha Bhaag’. He was awarded the ‘National Award’ for the film ‘Neerja’.

Raju Shrivastav Death: After the death of Raju Srivastava, there is mourning in social media, these film stars paid tribute