Nayanthara-Vignesh Wedding Photos: Shah Rukh Khan and South Actress Nayanthara’s upcoming film ‘Jawan’, directed by Atlee Kumar, has been making fans happy since the release of the teaser. Is. His fans are also eagerly waiting for this film. Meanwhile, some pictures of Nayantara and filmmaker Vignesh Shivan’s wedding are going viral on social media, in which you will see Bollywood superstar Shah Rukh Khan and South’s veteran actor Rajinikanth.

Nayanthara and Vignesh Shivan’s marriage has completed a month. The couple got married on June 9 in a private ceremony in Chennai. On this occasion, Vignesh has shared some unseen pictures of his wedding on his social media.

In these pictures going viral on social media, King Khan is seen hugging his co-actress Nayantara. At the same time, Nayantara is seen in a red color bridal outfit. Along with this, Shahrukh Khan is seen in white shirt and black pants. 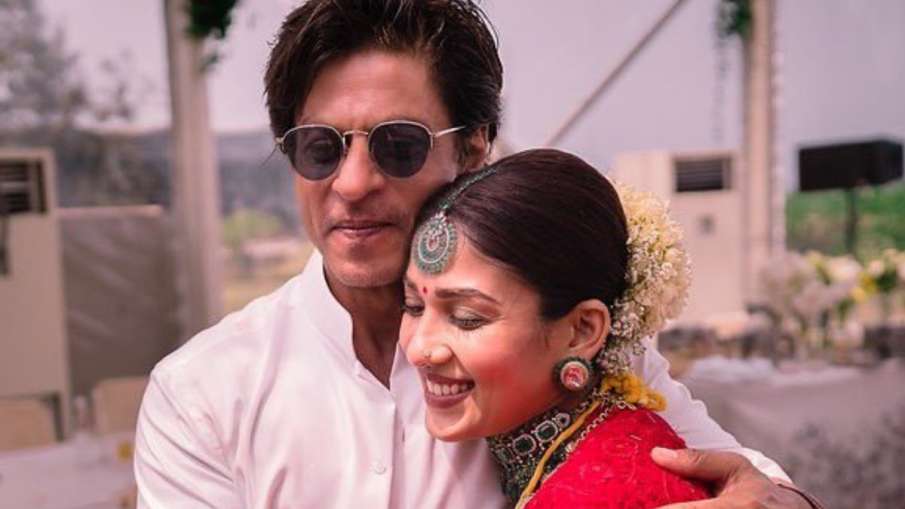 In this photo, Shah Rukh Khan is seen joking about something with Nayantara and Vignesh. 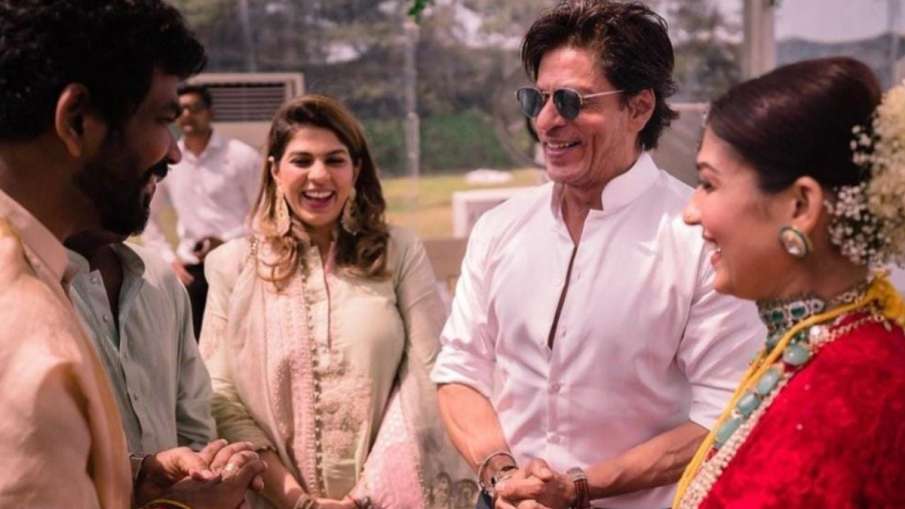 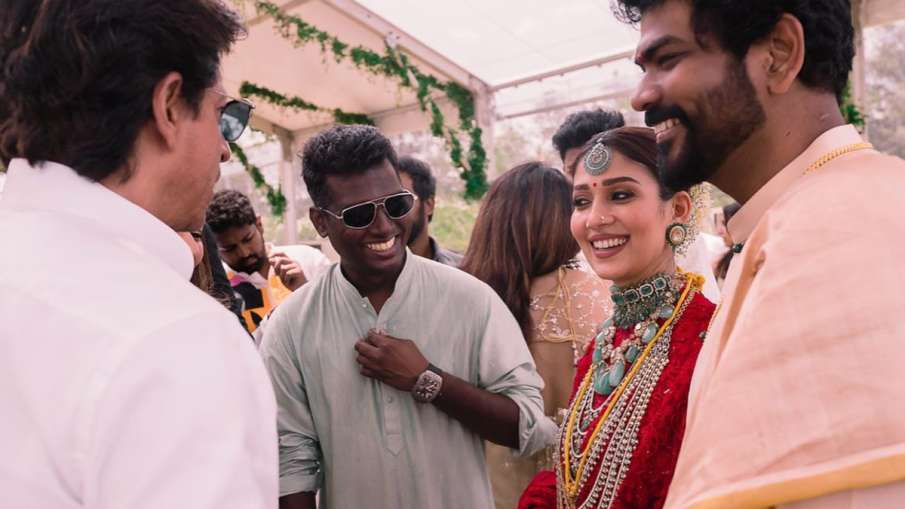 On the other hand, South cinema superstar Rajinikanth is seen in this picture in which Rajinikanth is giving a wedding gift to Nayantara and Vignesh Shivan. 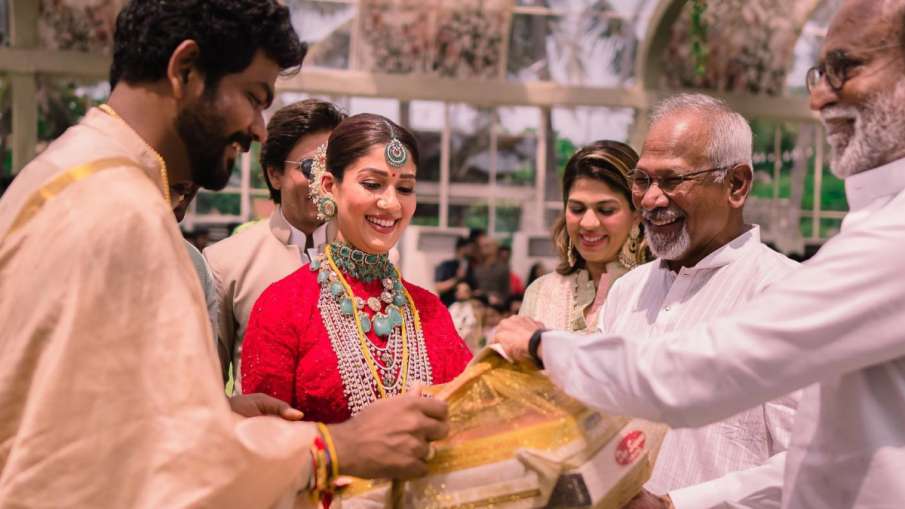 Talking about Shahrukh Khan’s workfront, three films of the actor are about to be released. Shahrukh Khan will first be seen in Pathan. Deepika Padukone and John Abraham will also be with him in this. Apart from this, he will be seen in ‘Jawan’ and ‘Dunky’.

Shah Rukh Khan-Nayanthara’s film ‘Jawan’ was a blockbuster before the release, this OTT offered so many crores, the head will be shocked to hear!

Ponniyin Selvan 1 Teaser: The teaser of the 500 crore film brought Jaljala, got so many views in a few hours

Guru Dutt’s 97th birth anniversary: ​​When Guru Dutt took 104 retakes to bring life to one of his scenes