Mohan Juneja Passes Away: Actor Yash starrer, KGF 2, which was released in the past, is getting praises everywhere these days. The film is collecting a lot of money at the box office. Apart from Yash, the work of other actors in the film is being praised. But, meanwhile, bad news related to an actor associated with the film has come to the fore. Actor Mohan Juneja, associated with KGF Chapter 2, who was seen in several comic roles in South regional films, has passed away at the age of 54. After the news of Mohan Juneja’s death came to the fore, the entire entertainment world has sunk into mourning. Fans of the late actor are also mourning on social media.

Mohan Juneja was reportedly ailing for a long time. When his condition worsened, he was admitted to a private hospital in Bangalore, where he died. Following the news of his passing, the makers of KGF, Hombale Films expressed their condolences to the family of Mohan Juneja. 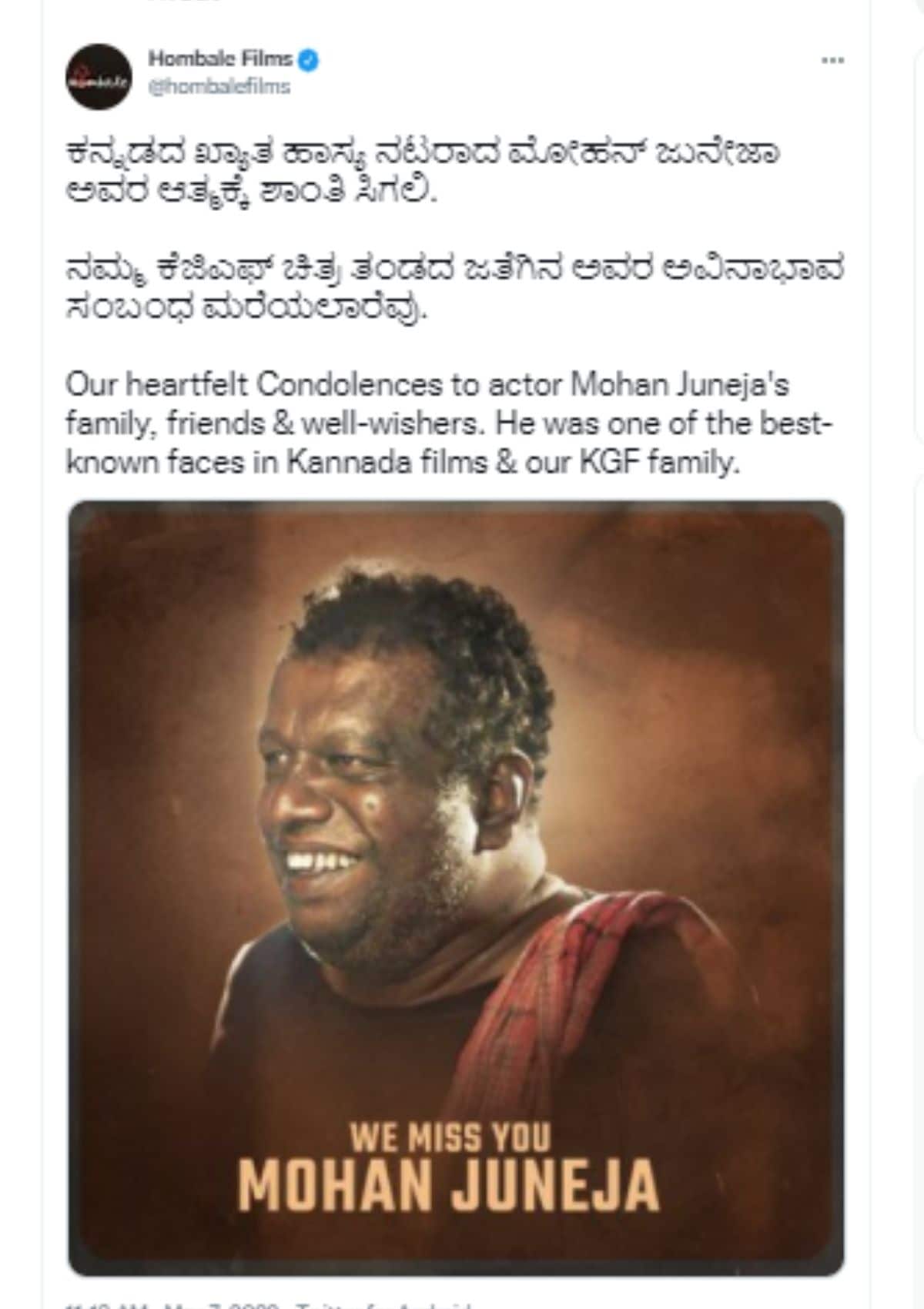 Actor Ganesh has shared a picture of Mohan Juneja on Twitter and has paid tribute to him. Sharing the photo, he wrote in the caption – ‘Om Shanti!!’ Apart from this, directors Suni, Pawan Wadeyar and Chetan Kumar have also condoled his death. Vashita N Simha wrote in her tweet, “We will miss you sir.” Raghu Mukherjee tweeted, “Rest in peace.”

Ishaan Khatter took a dip in cold water with Kunal Khemu, the actor was seen shivering in VIDEO

Bhojpuri Song ‘Lahariya Luta A Raja’ came in the voice of Samar Singh, created a ruckus with the co-actress