Anupam Kher These days he is working on his 525th film ‘The Signature’. On Monday, he shared the first look poster of the film on his official social media account. While sharing the poster, he told that the shooting of the film is over now. In the poster of the film, Anupam can be seen wearing a white shirt paired with black pants. In this, he looks very tired. In this, he is seen holding a bag hanging from the left shoulder while in the other hand he can be seen holding an umbrella.

‘The Signature’ also stars Mahima Chaudhary, Ranvir Shorey, Neena Kulkarni, Manoj Joshi and Sneha Paul. The film is directed by Gajendra Ahire and produced by KC Bokadia. Anupam Kher has expressed happiness while sharing the first look from the film. He wrote, “First Look Poster: Glad to announce that we have completed the shooting of our film ‘The Signature’.” 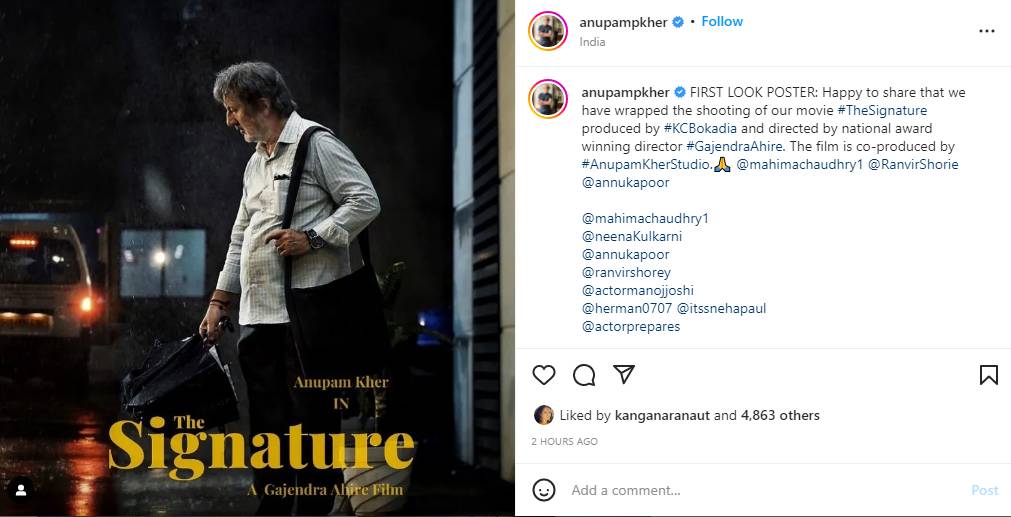 Anupam Kher further wrote in his tweet, “KC Bokadia has produced it. Gajengr Ahire is its director. The film has also been co-produced by Anupam Kher Studios. The film also stars Mahima Chaudhary, Anu Kapoor and Ranvir Shorey. Earlier this month, Anupam Kher announced that ‘The Signature’ is his 525th film.

Anupam Kher wrote on his social media post, “The signature! Yes!! The name of my 525th film has been finalised. We’ve got over 1 million responses from you! The film is directed by the brilliant Gajendra Ahire and produced by the great KC Bokadiyaji. Thank you for helping us decide on the title of our movie!! Jai Ho! Hashtag the signature.”

Raksha Bandhan: Akshay Kumar's 'Raksha Bandhan' will be the story of love, family and unbreakable bond, know when the trailer will be released