Mahesh Bhatt Celebrating his 74th birthday today. Mahesh is a well-known filmmaker, who has given more than one great films to Hindi cinema. Mahesh is quite outspoken about relationships, one reason behind this can be considered his parents and upbringing. Born on 20 September 1948, Mahesh always makes sensitive films. Mahesh’s films are largely the experience of his own personal life. Like films, Mahesh’s life is full of drama, controversy and suspense. You will be surprised to know that the personal life of the father of Alia Bhatt and Pooja Bhatt is no less filmy. You have always heard and read stories about Mahesh’s movies, love life, marriage, divorce and daughters, today we tell an interesting anecdote about his parents.

It is said that the shadow of one’s childhood remains on the life of a child for the rest of his life. As the upbringing is received, so does the thinking and understanding. Something similar is also with Mahesh Bhatt. Mahesh Bhatt, the child of Nanabhai Bhatt and Shirin Mohammad Ali, has seen a lot of ups and downs in his personal life. Mahesh has five siblings. His siblings are Robin Bhatt, Heena Suri, Sheela Bhatt and Mukesh Bhatt, Mukesh is also a filmmaker. Even in today’s era, there has not been any openness in the society regarding live-in relationship. It is said that at that time Mahesh Bhatt’s father Nanabhai and his mother Shirin lived in a live-in relationship. According to media reports, Shireen and Nanabhai never married. Nanabhai was a film producer and mother Shireen was a famous actress.

Mahesh was the secretary of Smita Patil and Vinod Khanna
Mahesh has also worked hard to reach where he is today. It is said that Mahesh Bhatt started working part time to earn money during his school days. By the time he reached the age of 20, he started writing for advertisements. There was a time when he was also the secretary of Hindi cinema veteran actress Smita Patil and Vinod Khanna. By the age of 26, Mahesh started making films. After this, Mahesh raised the flag of success in Bollywood. 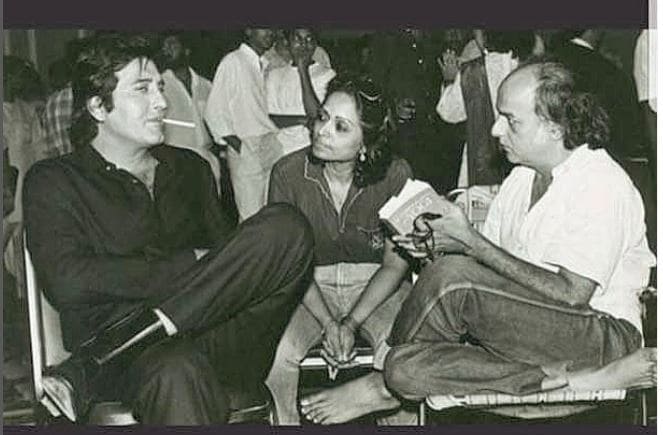 Mahesh Bhatt has two marriages, 4 children
Talking about Mahesh Bhatt’s personal life, he was first married to Lauren Bright. Whose name was later changed to Kiran Bhatt. Pooja Bhatt and Rahul Bhatt had two children from this marriage. The marriage with Lauren broke down, and the second marriage was done to Soni Razdan. Soni and Mahesh have two daughters Alia Bhatt and Shaheen Bhatt.