Bollywood actress Kangana Ranaut often remains the subject of discussion due to her outspoken statements. Kangana keeps on taking her target from film makers-directors to actors-actresses. This time his target is Karan Johar.

Let us tell you that Karan Johar’s show ‘Koffee With Karan 7’ is starting from today on Netflix. Kangana Ranaut has also appeared in the last season of this show. Where he had put Karan’s class and later this episode was banned. Now Kangana has shared a photo from her episode of Karan Johar on her Insta story and wrote, “Papa Jo (Karan Johar) promoting the episode as the premiere on OTT today. All the best to Papa Joe, but what about this episode? Oh sorry…surgical strike, did you enter the house and hit it? My episode is his most popular episode, but it got banned on TV like his Filmfare awards were done.” 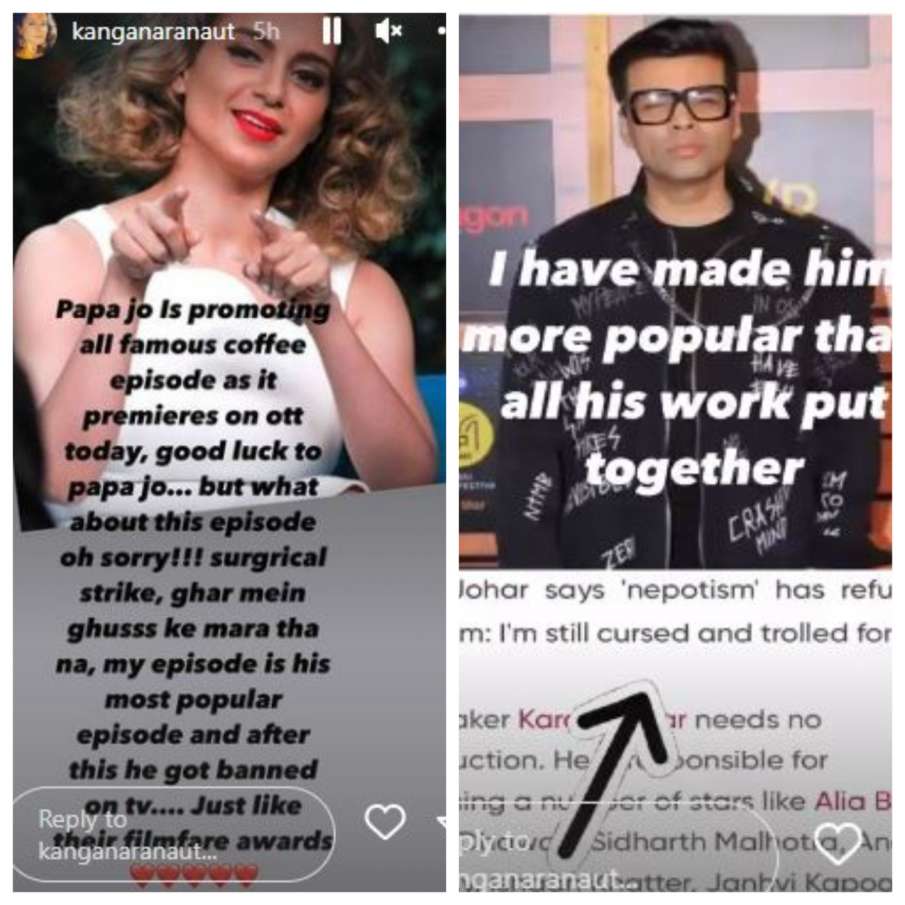 Along with this, Kangana has shared another story. In which Karan Johar recently spoke about ‘nepotism’ in an interview. To this, Kangana said, “I have made her more popular than all her work. Let us tell you that Kangana Ranaut had reached the show ‘Koffee with Karan’ in the year 2017 to promote her film ‘Rangoon’.

Guddu Bhaiya will wreak havoc in Mirzapur 3, learning the stakes of wrestling

Pranjal Dahiya is the exact copy of Sapna Chaudhary, you will also be surprised to see