Mumbai: Bollywood producer, Karan Johar is always in the limelight. His social media posts also remain a part of the headlines. Karan Johar is very active on social media and keeps sharing updates related to his personal and professional life with fans. Now once again Karan was seen doing something similar. Days after denying the return of the new season of Koffee With Karan, filmmaker Karan Johar has now announced that his popular chat show Koffee With Karan Season 7 is coming back very soon. Along with this announcement, he has also shared a glimpse of the new set of his chat show with the fans.

Karan on Saturday shared a post on Instagram, with which he informed fans that Koffee With Karan is returning with its new season, which will stream on Disney+ Hotstar. She has shared her first look from the seventh season of Koffee With Karan. 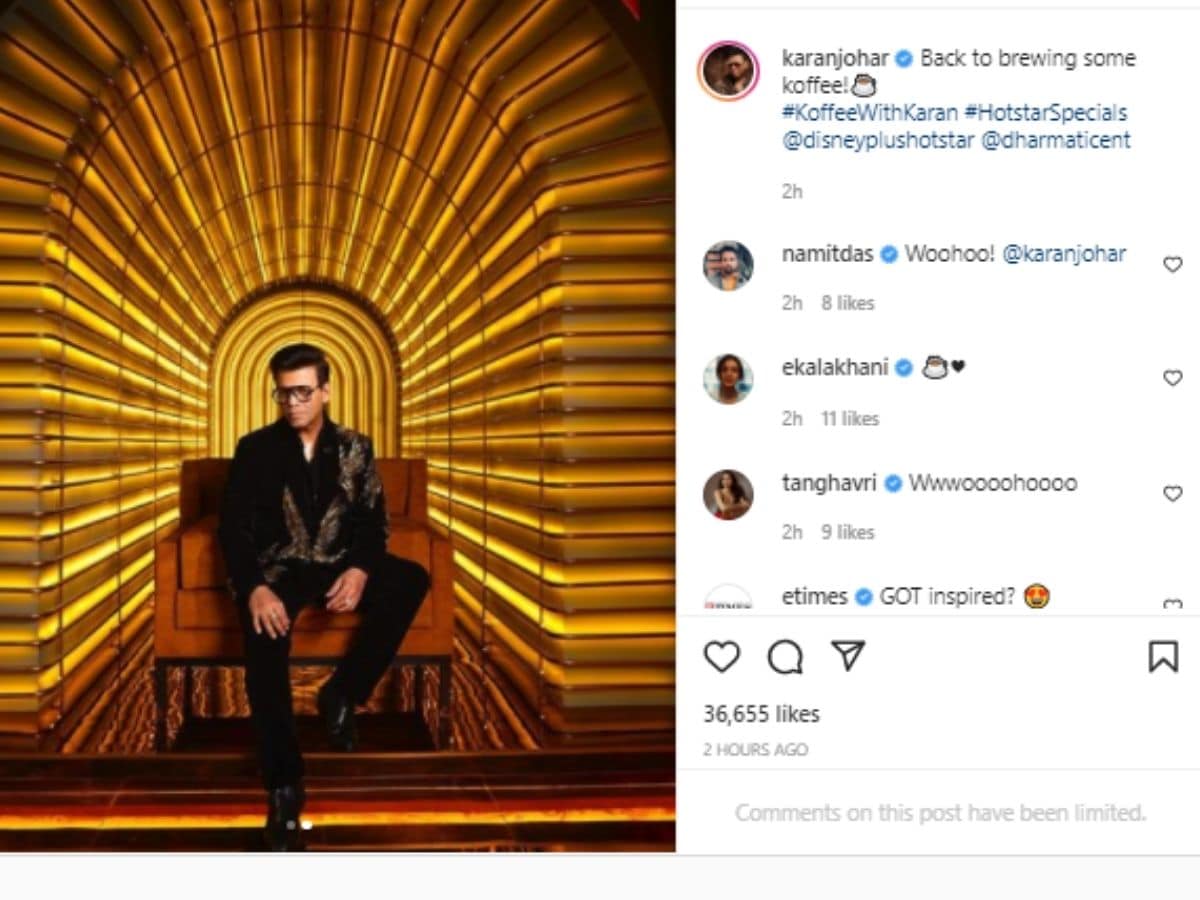 The Bollywood director-producer shared two pictures of himself posing with a coffee mug which has Koffee with Karan written on it. Sharing the pictures, Karan wrote in the caption- ‘Back to make some coffee! #KoffeeWithKaran #HotstarSpecials.’ With this post, he has limited the comment section. In such a situation, the fans of Karan are not able to understand the reason behind their doing so.

Let me tell you, earlier this week, Karan Johar put a brake on the discussions about the new season of Koffee With Karan. He said that his popular celebrity chat show is not coming back with a new season. It is known that in 2004, the first season of Koffee with Karan was on the TV channel Star World. Its sixth season came in 209, after which Koffee with Karan is now returning with the 7th season in 2022.

Mahi Vij said on 'Bigg Boss', 'Innocent viewers believe what they see, I am proud of my husband'