Mumbai: Bollywood’s ‘Queen’ Kangana Ranaut recently made her hosting debut with Ekta Kapoor’s reality show ‘Lock Up’. This show of Kangana Ranaut is in discussion since the beginning. The show is getting a lot of love from the audience. Now host Kangana Ranaut has reacted to the positive response the audience is getting to Lockup and its success. He has described himself as a ‘superstar host’ for the success of the show through social media. He has shared a lengthy note on his Instagram story, in which he has said a lot about the success of the show and its hosting and as usual has targeted Bollywood stars.

In her post, Kangana writes- ‘Many successful actors like Shah Rukh, Akshay Kumar, Priyanka Chopra, Ranveer Singh have tried their hand at hosting. He may have been successful in his career, but he has failed in hosting. They are all failed hosts. So far only Amitabh Bachchan ji and Salman Khan ji and Kangana Ranaut have achieved the distinction of becoming superstar hosts. It is a privilege to be a part of this league. 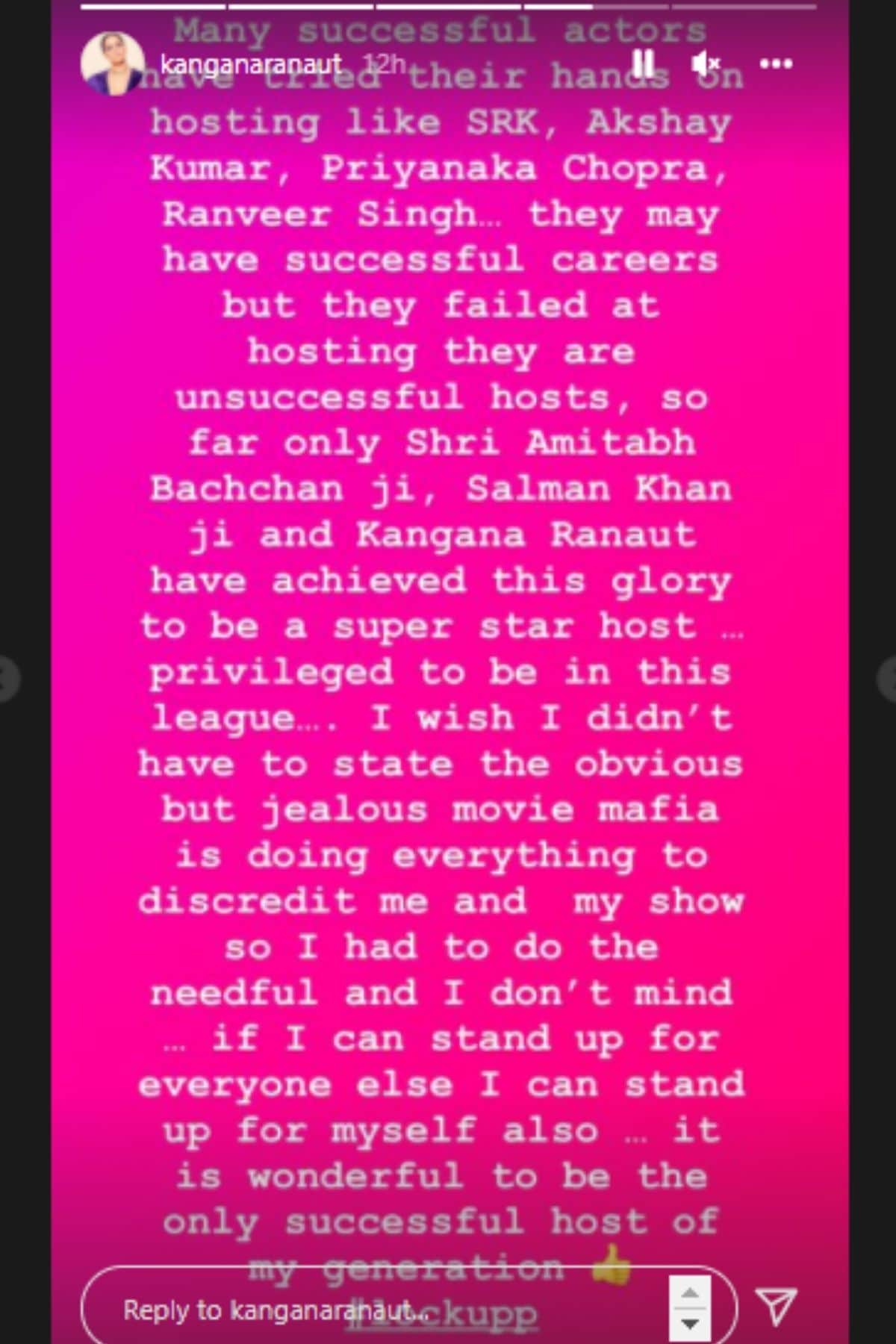 She further writes- ‘I wish I didn’t have to explain clearly but the jealous movie mafia is doing everything to defame me and my show. So I had to do urgent work and I don’t mind… If I can stand up for everyone then I can take a stand for myself too. Amazing to be the only successful host of this generation #lockupp.’

Let me tell you, just a few days ago, Kangana took a jibe at Karan Johar for having crossed 200 million views of his show. Sharing a post, he wrote- ‘Ever since the lockup has completed 200 million views, the entire Changu-Mangu army/papajo and their media are all about to cry in silence. Even after rolling how many papads, look at 200 million and see what happens even further. The days of your crying have come, Papa Joe.’

Stylish style of KGF star Yash, Rocky Bhai is seen with his hands in his hair, posing with onscreen lover