After becoming Kapil Dev in the film ’83’, Ranveer Singh has now become ‘Jayeshbhai’, that too in a vigorous manner. Whenever Ranveer comes on screen, you forget him and remember only his character. Ranveer has earlier created panic in hearts by becoming Alauddin Khilji, then now Jayeshbhai Jordaar will be seen winning hearts on screen with his innocence. In this Yash Raj Productions film, writer Divyang Thakkar is sitting on the director’s chair for the first time. Now let us tell you how strongly the story of this Jayeshbhai has been shown on the screen.

Talking about the story, the film is about a village in Gujarat, where after marriage, the most important thing is to produce Nanaka, that is, a boy to run the dynasty. Alam is that when a girl complains of molestation of boys in front of the sarpanch (Baman Irani), the sarpanch sahib considers the aromatic soap responsible for it. The whole village shakes its head yes. The son of this sarpanch is Jayesh Bhai (Ranveer Singh) who is completely beyond the ‘rules of becoming a real man’, but does not dare to speak in front of his father. Jayesh Bhai has become the first girl and after killing her daughter 6 times, now his wife Mudra (Shalini Pandey) is pregnant again. Jayesh Bhai has come to know that his wife is going to give birth to a daughter once again and his Jayesh Bhai is just trying to save this daughter’s life. 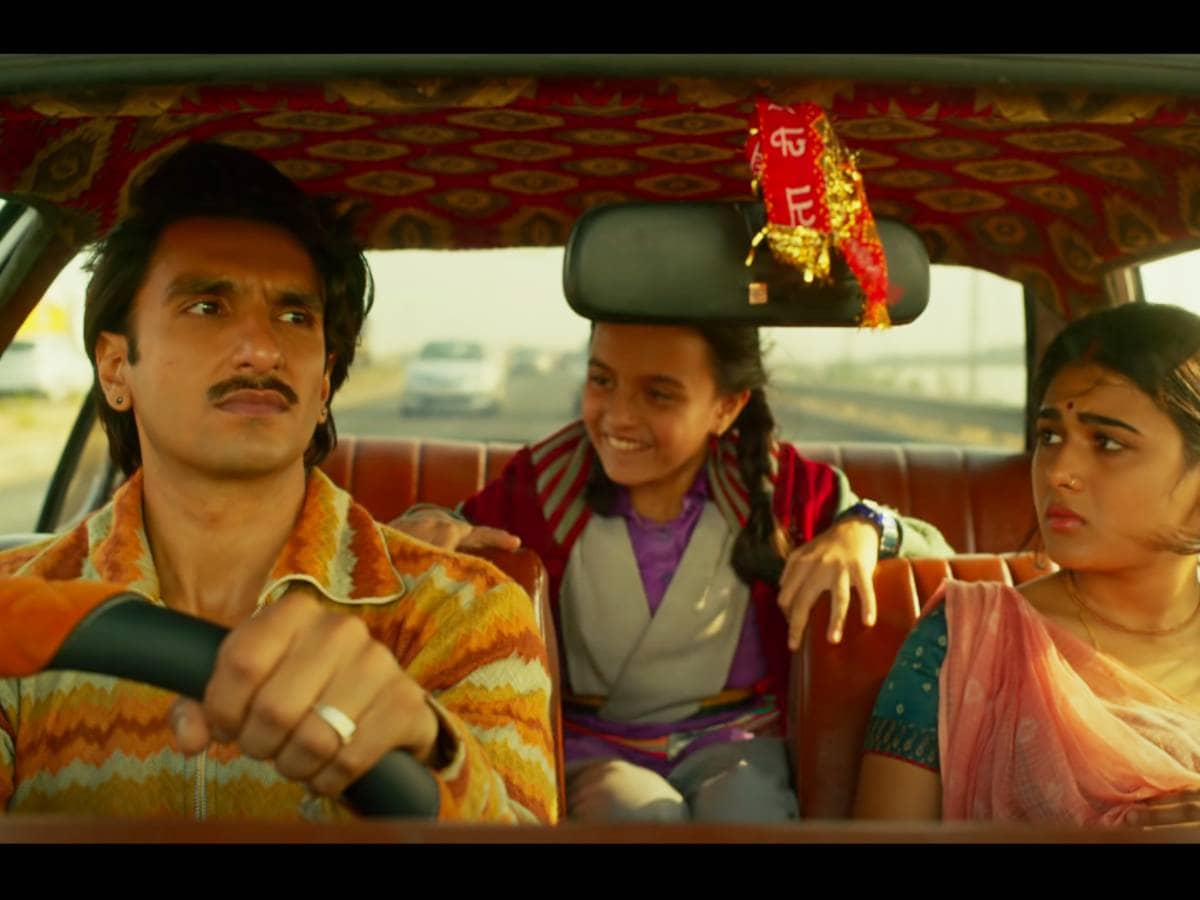 Shalini Pandey has made her Bollywood debut with this film.

First of all talking about the story, when the trailer of this film came, it was felt that this strong film is going to come, it has funny dialogues, comedy and Ranveer Singh is there. But the problem came when you come to watch the film because all the important things of this film were shown in the trailer. So what we have seen in the two and a half minute trailer, now what next. What to watch in theaters in 2 hours. Seeing the trailer, it was felt that this film will show a new man, who cries and who also has pain. But amidst the loose storyline and the swirling screenplay, even this ‘naya type of man’ cannot save the film alone.

The real fielding of the story was prepared in the initial few scenes, but after the tremendous buildup, you are bound to get disappointed again and again. Where is the chasing sequence going from where is not known. Next to the village that killed the girls in the womb, another village is getting the reward by taking selfies with the girls. Whatever funny scenes are in the film, or say the punch, they were mostly seen in the trailer already. Yes, the whole game that has been played around ‘Puppy’ in the bus climax can be called new. What is the meaning of the climax of the film? We know that the horses of imagination run in the stories, but in such a way…

‘Jayeshbhai Jordar’ is the debut attempt of writer-turned-director Divyang Thakkar and he will have to be blamed for this mess. Some sequences are sloppily crafted like a sequence in a field. In which a pregnant lady and a small girl ran so far in the open fields after the cat cut the road that 10-12 men who had come looking for them could not catch them. After such scenes, neither do you lose faith in the story.

If this film can be seen in cinema halls, then the biggest reason is Ranveer Singh. Ranveer has acted with all his sincerity and has done wonders once again. It becomes very difficult to believe that this is the same person who became Alauddin Khilji or Kapil Dev. Ranveer is a great actor of his generation. Not only Ranveer, Jiya Vaidya, who plays the role of Baman Irani, Shalini Pandey and Ranveer’s daughter, has done a great job. 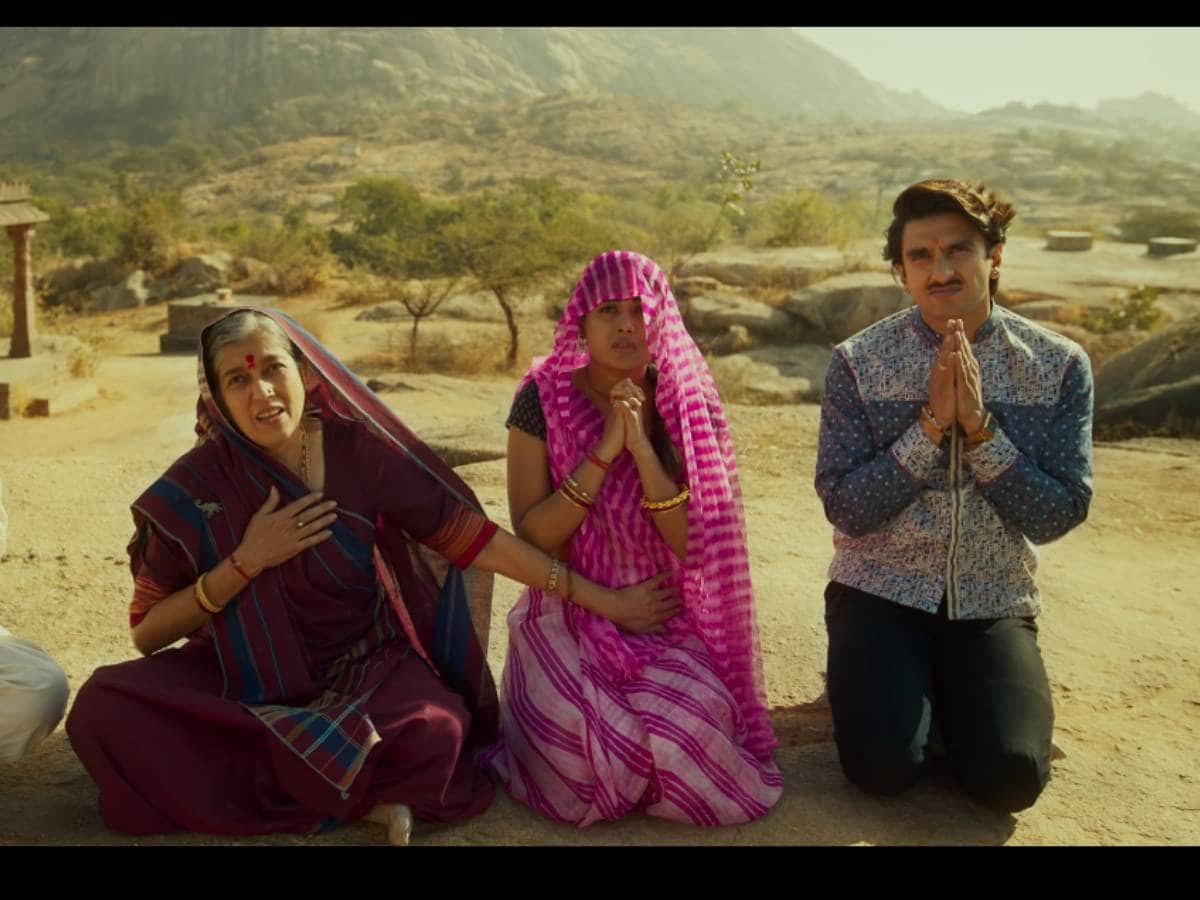 Look, Jayeshbhai Jordar is a film with a great message, which must be seen once for Ranveer Singh’s performance. I wish this wonderful plot was served with a good story and the right treatment, it would have tasted something else. 2.5 stars to this film from my side.