Disha Patani And Tiger Shroff: Various types of news are coming out about the relationship of Bollywood actor Tiger Shroff and Disha Patani for the past several days. If the news is to be believed, then the couple is now separated. Both have broken up with each other. These news have made a lot of headlines in the last few days. Not only this, there were also reports that the reason behind the separation of this pair was marriage. Disha wanted to marry Tiger as soon as possible, but Tiger is not ready for marriage at this time. Due to which the pair parted their ways.

Ever since this news came out, the fans of this pair were quite disappointed. But in the meantime, now news of relief has come out for the fans. In fact, amidst the news of the breakup, a post by Tiger Shroff has caught everyone’s attention. After seeing this, everyone is guessing that this pair has not broken up. Both are still together. 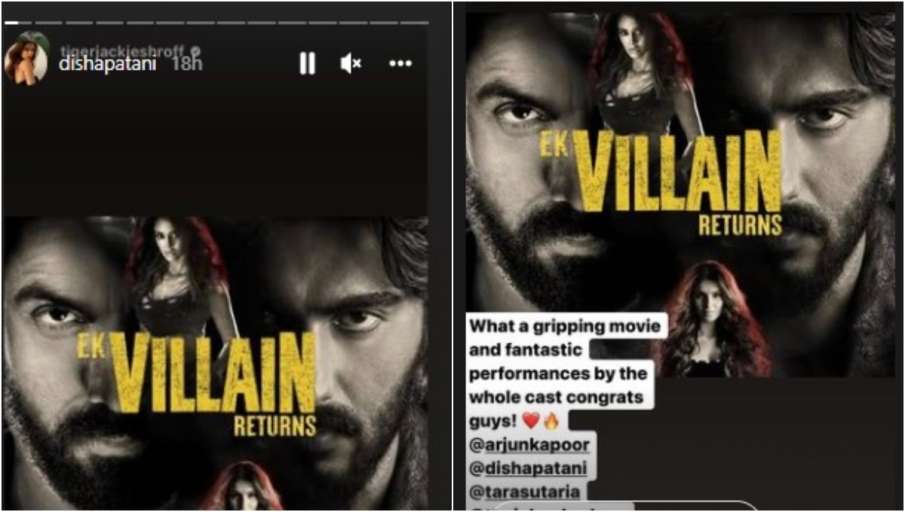 Tiger Shroff has tied the praises of Disha Patani through Insta Story. Recently Disha Patani’s film ‘Ek Villain Returns’ has been released at the box office and her film is getting mixed reviews from the audience. But in the midst of all this, Disha’s boyfriend Tiger Shroff also saw her film ‘Ek Villain Returns’ and praised Disha by sharing the poster on her Insta story. Sharing the post, Tiger wrote, ‘What a wonderful film and the entire starcast has given a great performance.

Flames erupted from the sets of Ranbir Kapoor’s film, one died, this star kid narrowly escaped

At the same time, this Insta story of Tiger has also been shared by Disha on her Insta Story. From which it is clear that the news of their breakup was just a rumour. Disha Patani and Tiger Shroff are dating each other for the last six years. The two are often spotted together. Fans have been waiting for Tiger and Disha’s wedding for a long time. Also, we are waiting for when this couple will openly express their love in front of the world.

Jhalak Dikhhla Jaa: Now 'Angoori Bhabhi' will be seen on the dance stage, Shilpa Shinde will be seen here after Bigg Boss