‘Darlings’ movie review: Alia Bhatt, Shefali Shah, Vijay Varma and Roshan Mathew starrer ‘Darlings’ has finally released on Netflix. The dark comedy is Alia’s first production venture which she has co-produced with Shah Rukh Khan’s Red Chillies Entertainment. At the same time, the film ‘Darlings’ is getting mixed reactions on social media. The film has angered a section of many users. On the other hand, the other part is continuously supporting him. 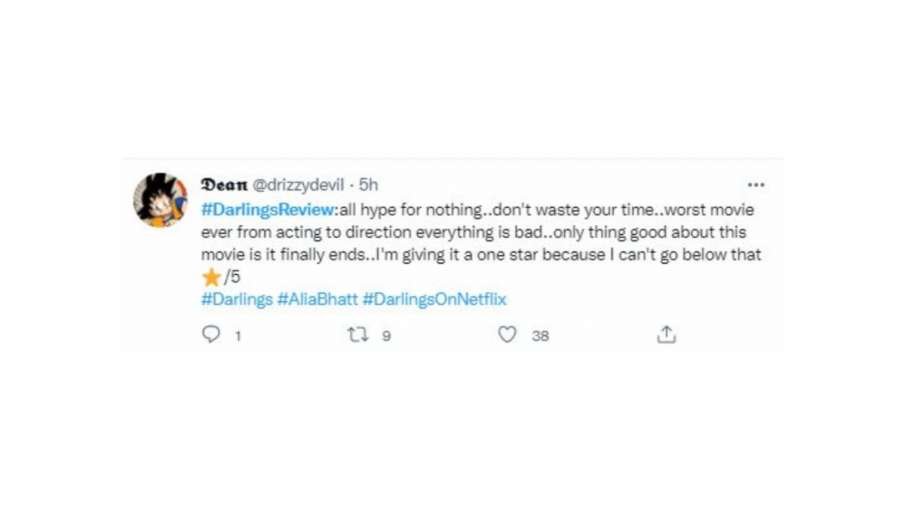 This was Alia’s first film as a producer. The hashtag ‘Boycott Alia Bhatt’ was trending on Twitter. After watching the film, people also gave its review on Twitter. Many users are saying about the film that the way domestic violence against men is shown in it, it is not appropriate. The story of the film revolves around two women, in which it is shown how they avenge the injustice done to them by the character of Vijay Varma. Apart from Alia, the film also stars Shefali Shah and Roshan Mathew. 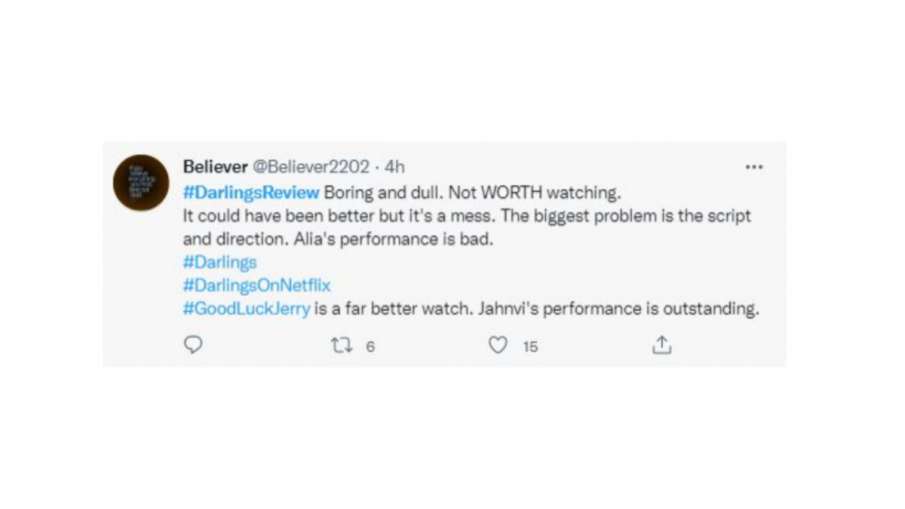 A user said that by adding comedy and thrill to the story of the film, a good message has been given on domestic violence, but with a strange series of events, the story drags on till the first 40 minutes. The lack of smart writers and powerful content have made it an average watch. 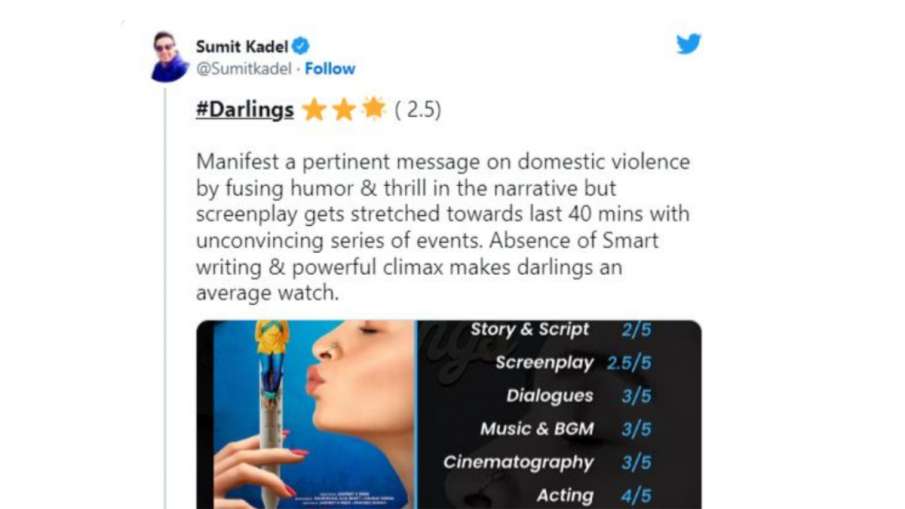 this is the story

Darlings is a dark comedy-drama that explores the lives of a mother-daughter duo trying to find a place for themselves in Mumbai. Fighting all odds, she seeks courage and love in extraordinary circumstances. Shefali Shah is playing the role of Alia’s mother in the film and Vijay Varma is in the role of her husband. ‘Darlings’ is directed by debutant Jasmeet K Reen, who has also written the story along with Parvez Shaikh.

Madhubala Biopic: Controversy erupts over Film legal action to be taken against makers