Brahmastra Worldwide Collection Alia Bhatt And Ranbir Kapoor starrer ‘Brahmastra Part One: Shiva’ has completed a week of release on the big screen. The film is getting mixed response from the audience and critics. On one hand, the VFX of the film is being praised. At the same time, audiences and critics have expressed dissatisfaction about its character. But amidst all this, the film has earned a record breaking record at the box office. The film has made a record breaking collection not only in India but also in the world. 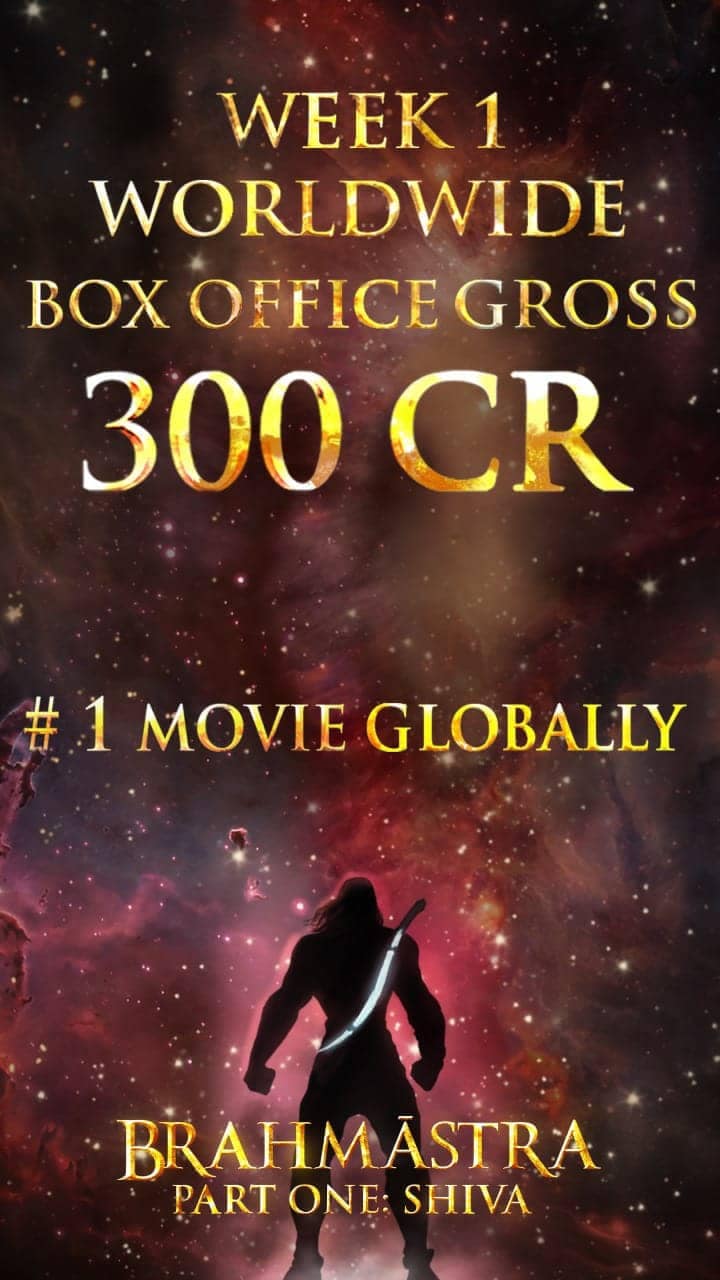 Brahmastra earned a total of 300 crores in a week. (Photo Credits: Instagram @aliaabhatt)

In this video, many amazing action sequences of ‘Brahmastra Part One: Shiva’ are being seen. The video read at one place, “First week. Worldwide box office gross Rs 300 crore. A movie in the whole world.” It is clear from this that the film is being well-liked in India as well as abroad.

Alia expressed her gratitude to the fans

While sharing the video, Alia Bhatt has included emojis with folded hands, blast and fire in her caption. Alia and Ranbir have worked in a film for the first time.

Brahmastra: Ayan Mukerji came to the rescue of Alia Bhatt?

This is the box office collection in India

Rahul Dev: Rahul Dev was left alone after the death of his wife, pain spilled over single parenting, said - life is not as easy as films