Ayan Mukerji’s Thank You note: Fans are eagerly waiting for Ranbir Kapoor and Alia Bhatt’s film ‘Brahmastra’. The trailer of Brahmastra was released on Wednesday. On which the fans got tremendous love. At the same time, after watching the trailer, the excitement among the fans about this film has increased further. Now the director of ‘Brahmastra’ Ayan Mukerji has written a ‘thank you note’ on his Instagram regarding the love, encouragement and positive views received from the audience.

Ayan Mukerji wrote, “Hello everyone, there was a very special moment for Brahmastra’s journey with the launch of the trailer. Heartfelt thanks for all the love, encouragement and enthusiasm the trailer is getting. It means everything to me. Today as we enter the final stages of the release of our film, I am feeling very excited! We will put in our best and all our energy to give you guys a wonderful new cinematic experience with Brahmastra that you look forward to. I hope you feel proud after watching this. September 9, we come.” 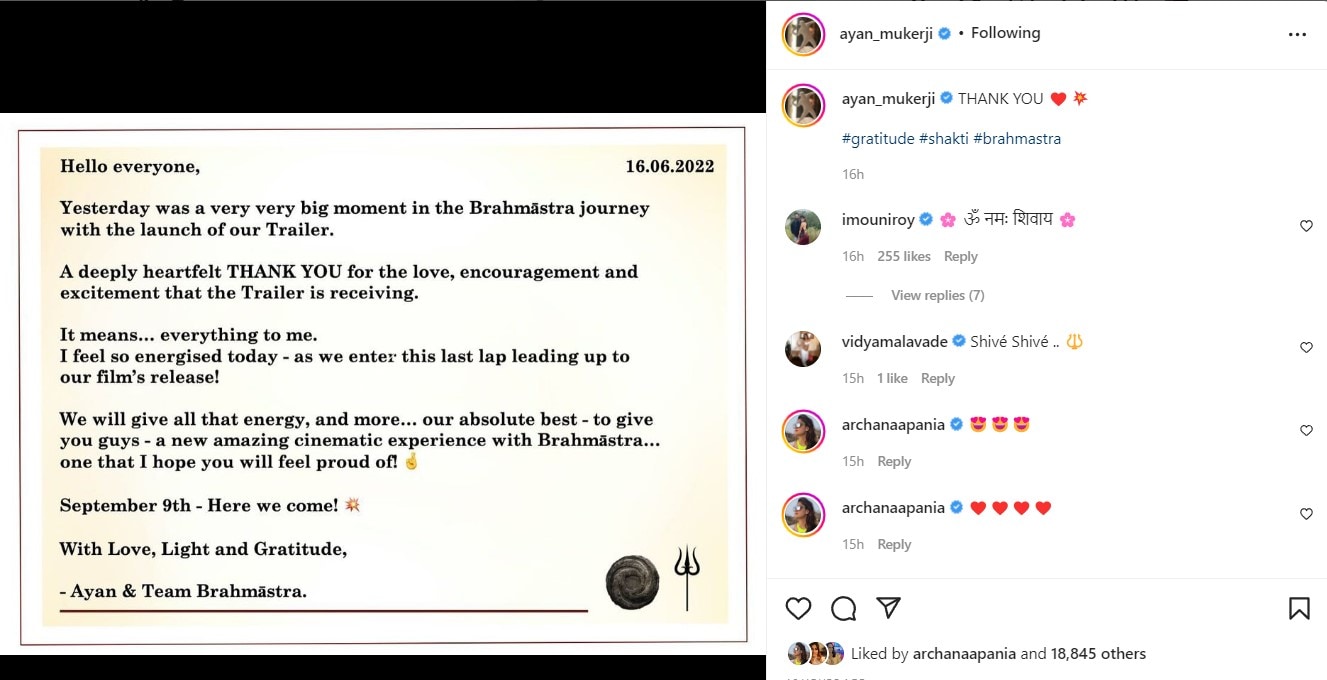 Brahmastra is made in 9 years
Let us tell you that Ayan Mukerji took 9 years to make ‘Brahmastra’. This film is very special for Ayan. Ayan’s post is enough to tell what the film means to him. At the same time, Alia is very close to Ranbir’s heart. This will be the first time that Alia-Ranbir will be seen together on the silver screen. The special thing about the film is that it is made up of three parts. The first part of the film will be released on 9 September this year. 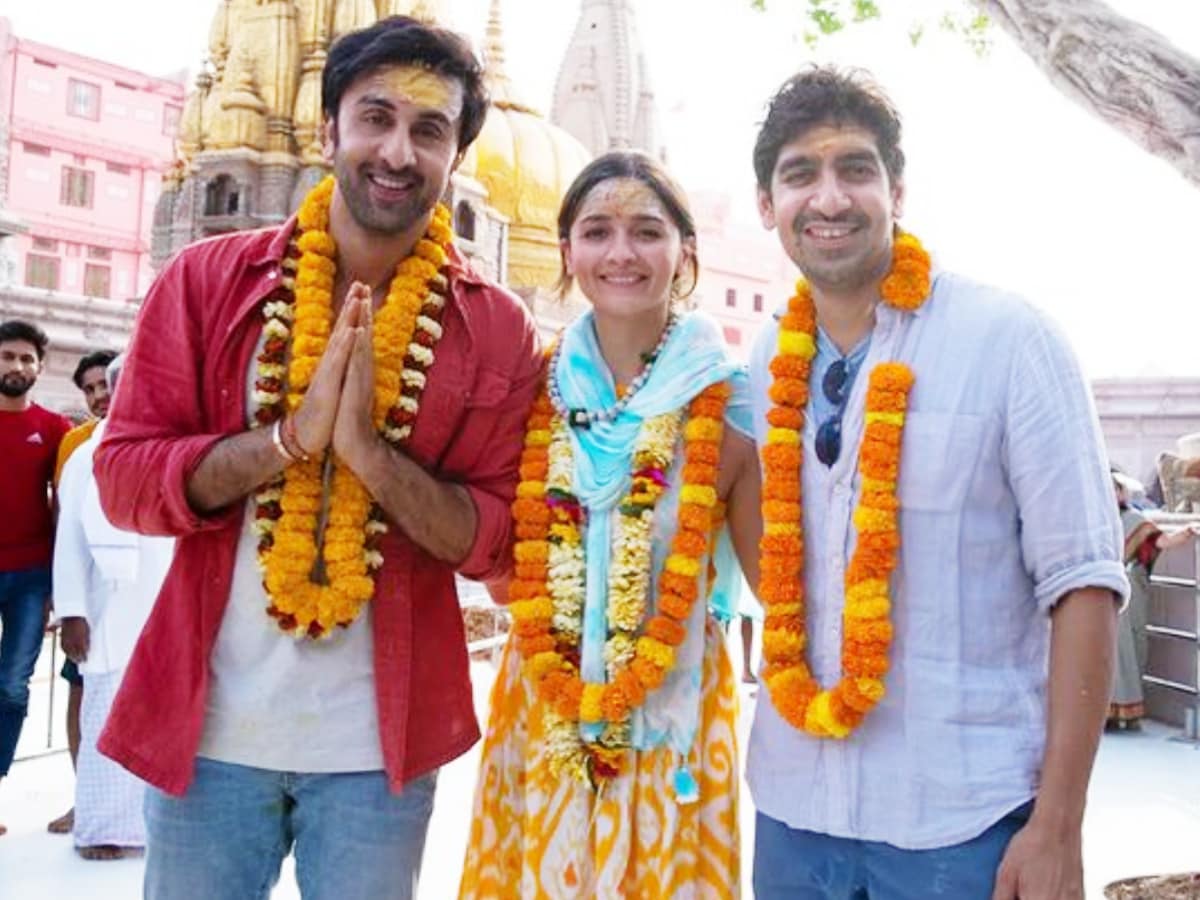 Apart from Ranbir-Alia, Bollywood’s Big B i.e. Amitabh Bachchan will also be seen in a special role in the film. Apart from this, there are also superstars Nagarjuna Akkineni and Mouni Roy. The look of all of them has been revealed from the film.

Arjun Kapoor did not like this work of Varun Dhawan, the matter is related to Karthik Aryan