Aryan Khan, son of ‘Bollywood King’ Shah Rukh Khan, has returned to social media after a long break of 6 months. After his arrest in the drugs case, he had distanced himself from social media, but now for the sake of his baby sister Suhana Khan, he returned to social media and shared a very special post for her. Suhana is going to debut with Zoya Akhtar’s film ‘The Archies’. Aryan Khan has shared a special post giving the best wishes to his sister for her first film.

Aryan Khan has shared his first post after 6 months while sharing the poster of ‘The Archies’. She shared the post congratulating ‘Baby Sister’ on her film debut. Three star kids are going to debut with Suhana Khan in ‘The Archies’. Apart from Suhana Khan, it also stars Boney Kapoor’s daughter Khushi Kapoor and Amitabh Bachchan’s grandson Agastya Nanda.

What did Aryan Khan write in the post?
Aryan has shared the poster of ‘The Archies’ on his Insta story. With this poster he has written- ‘Best of luck baby sister. Go kick sum ass. The teaser of the film looks great. Everyone is looking fabulous in it. You all are going to explode in this film. Shahrukh Khan gave advice to daughter
Earlier, Shahrukh Khan had written a post, in which he congratulated the daughter and also gave her special advice. He had said, ‘Remember Suhana Khan, you can’t always be perfect. You always do what you really are. Always be simple as an actor. Don’t take criticism and applause with you. A part of you is left behind on the screen, it is always yours. You have come a long way baby, but knowing that the way to people’s hearts is never ending. Keep moving forward and keep making people laugh. Now there will only be light, camera and action in your life. Another actor has been signed. 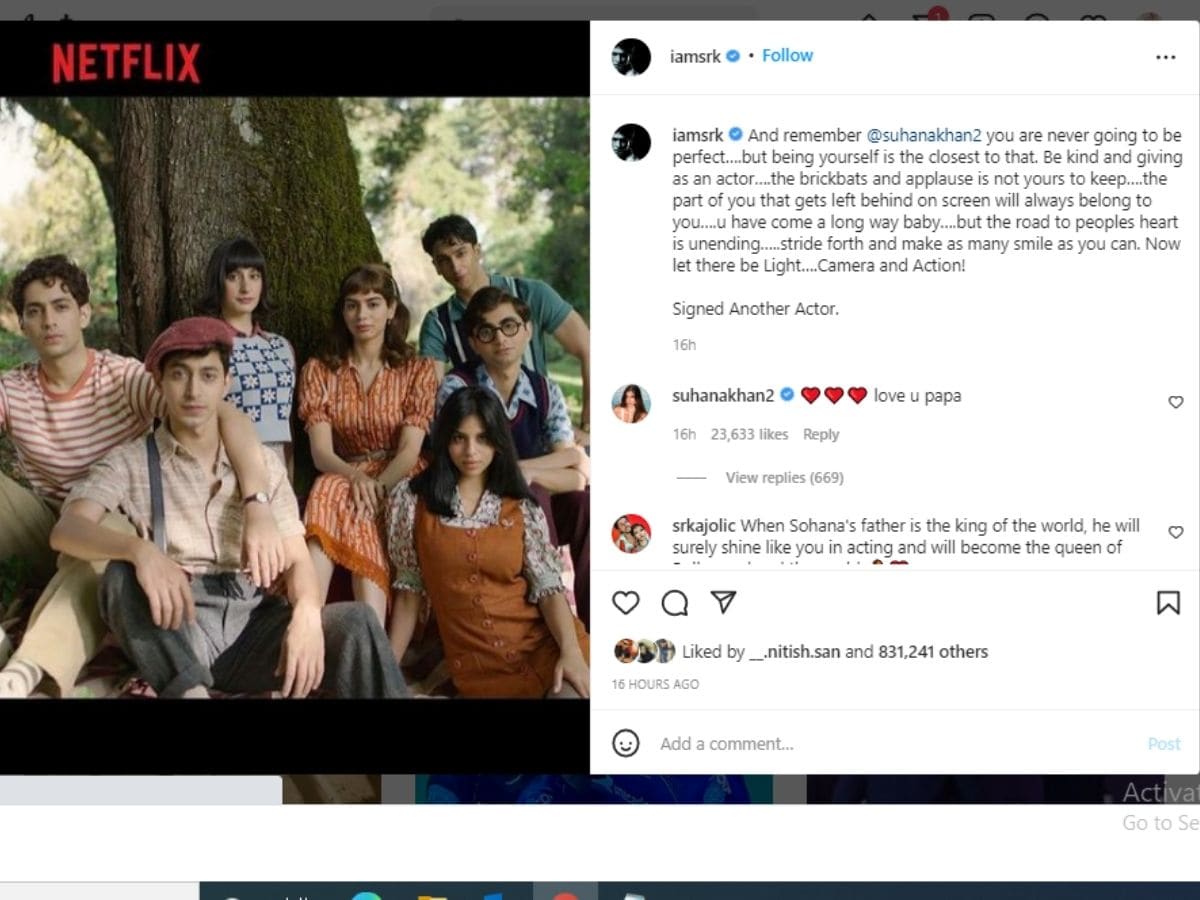 Why did Aryan Khan make distance from social media
Let us tell you that Aryan’s name came to the fore in the drugs case in October last year, after which he was also arrested by the NCB. Shahrukh Khan’s son Aryan Khan spent a month in judicial custody, later he got bail. After this case, he had distanced himself from social media.

Shiney Ahuja B'day Spl: On the birthday of Shiney Ahuja, know his memorable roles in films