Bollywood’s veteran actress and Lok Sabha member Kirron Kher is celebrating her 70th birthday today. In such a situation, on this special occasion, her husband Anupam Kher congratulated her on her birthday with a special message. Anupam Kher has expressed his love for his loving wife Kirron Kher by sharing some unseen pictures on the social media platform ‘koo’. Along with this, he has also told about his problem in the post, which he will solve as soon as possible. want soon.

Congratulating Kirron Kher on her birthday, Anupam Kher wrote in his post, ‘Happy birthday my dearest Kirron. May God put you all the happiness of the world in your bag. May you live a long, healthy and happy life. Your life was always spent laughing like this. You are the most special person created by God.

Son Sikander expressed desire for marriage
Anupam Kher further wrote in the post, ‘She has been serving the people of Chandigarh for many years.’ ‘God bless Sikandar get married as soon as possible. That’s just my prayer. Anupam has also shared some pictures with this caption. 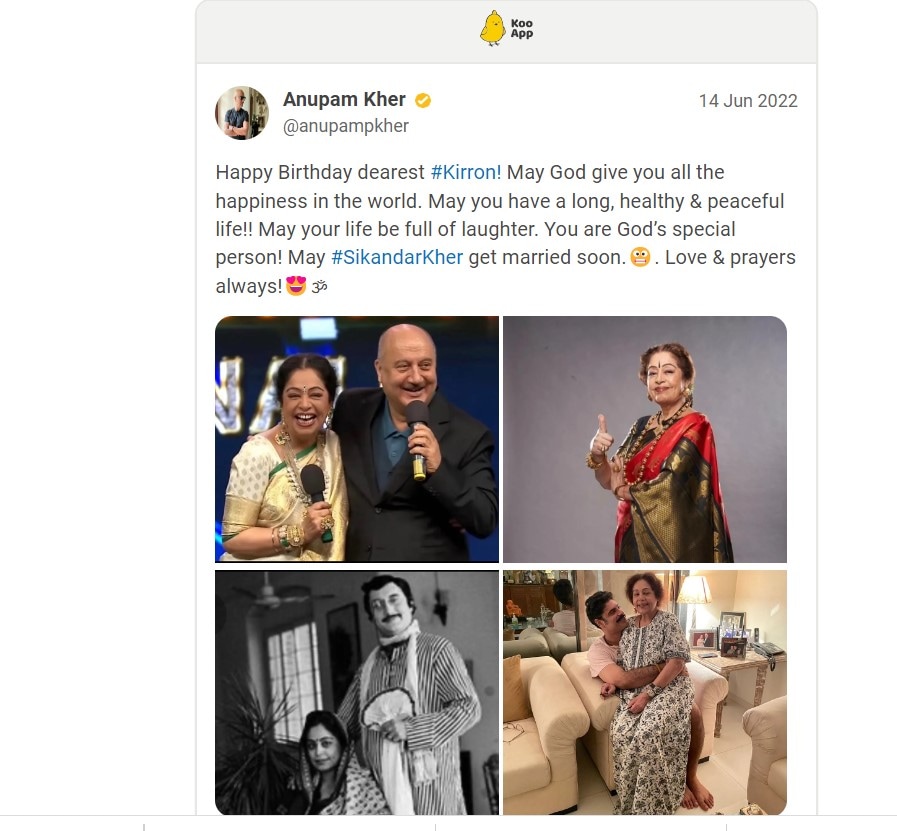 Anupam Kher and Kirron Kher’s love story is very cute in the film world. Both had tied the knot in the year 1985. This was the second marriage of both of them. During an interview, Anupam Kher had told that Kiran had his first meeting in Chandigarh. At that time both used to do theater there. During the theatre, both became very good friends. But who knew this friendship would later take the form of love.

Burger King got his ad from Hrithik Roshan through jugaad, Actor said – this is not done