Alia Bhatt and Ranbir Kapoor are celebrating their one month wedding anniversary today. The new couple tied the knot on April 14 at their Bandra home ‘Vastu’. To celebrate the occasion, Alia shared some lovely unseen pictures with her husband Ranbir on social media. The actress celebrated One Month Anniversary with her fans with these new pictures.

Both the lovebirds are looking very happy in the pictures. The actress captioned the pictures with balloons, dancing and cake emoji. In the first picture, which is from their post-wedding celebrations, the two are lovingly looking at each other. In the next picture, which is from their wedding reception, Ranbir is giving Alia a back hug. In the second shot, Alia and Ranbir are dressed in western outfits, ready to hit the dance floor. 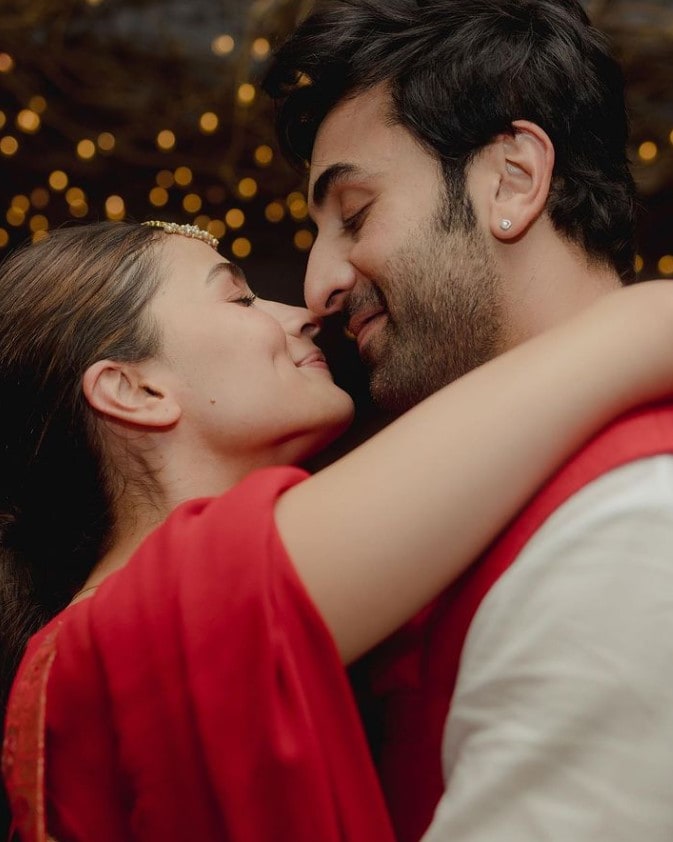 According to media reports, Alia Bhatt And Ranbir Kapoor They fell in love on the sets of Ayan Mukerji’s ‘Brahmastra’. They made their relationship official in the year 2018 at Sonam Kapoor’s wedding reception. After dating and living together for so many days, both of them got married on April 14 at their house ‘Vastu’, which was attended only by family members and close friends. Reception party was held in ‘Vastu’
On April 16, both of them hosted the reception at their residence ‘Vastu’ which was attended by many Bollywood stars including Karan Johar, Shah Rukh Khan, Ayan Mukerji, Shakun Batra, Arjun Kapoor, Malaika Arora, Luv Ranjan and Shweta Bachchan. . Alia in her first post after marriage had said, “Today, we got married in the presence of our family and friends, at home… at our favorite place, on the balcony where we spent the last five years of our relationship.” . Alia-Ranbir will be seen in ‘Brahmastra’
Meanwhile, work-wise, Alia and Ranbir will soon be seen in Ayan Mukerji’s most awaited film ‘Brahmastra’, which hits the silver screens on September 9. This will be his first film after marriage. Amitabh Bachchan, Dimple Kapadia and Nagarjuna will also be seen playing important roles in this film, while Mouni Roy will be seen in a negative role.

Before Suhana Khan's debut, Shahrukh Khan gave lovely advice to daughter, said - 'Smile as much as you can'

KRK took a jibe at copying Ananya Pandey, said- ‘Kangana Ranaut should not have made fun of this like this’