Kajol And Ajay Devgan’s daughter Nysa Devgan is often in the headlines. Many pictures of Nyasa went viral at Kanika Kapoor’s reception. Now once again the picture of Ajay’s beloved is going viral. Nyasa is enjoying her summer vacation in London with filmmaker and cousin Danish Gandhi. Both are sitting in a beautiful park in the scorching heat. Danish has shared happy pictures on social media.

Danish Gandhi and Nyasa Devgan are sitting under a tree in a London park. Nyasa looks cool in a white T-shirt and rust colored trousers while Danish looks quite stylish in a navy blue T-shirt and black sunglasses paired with gray pants. Both are wearing white colored sneakers.

Danish Gandhi shared the picture
Danish has shared three pictures on his Instagram. In the first, Nyasa is seen with Devgan, while in the second there is something like a canal or river surrounded by greenery. Colorful flowers are shown in the third. Sharing these pictures, Danish wrote in the caption ‘LDN SMRS’. 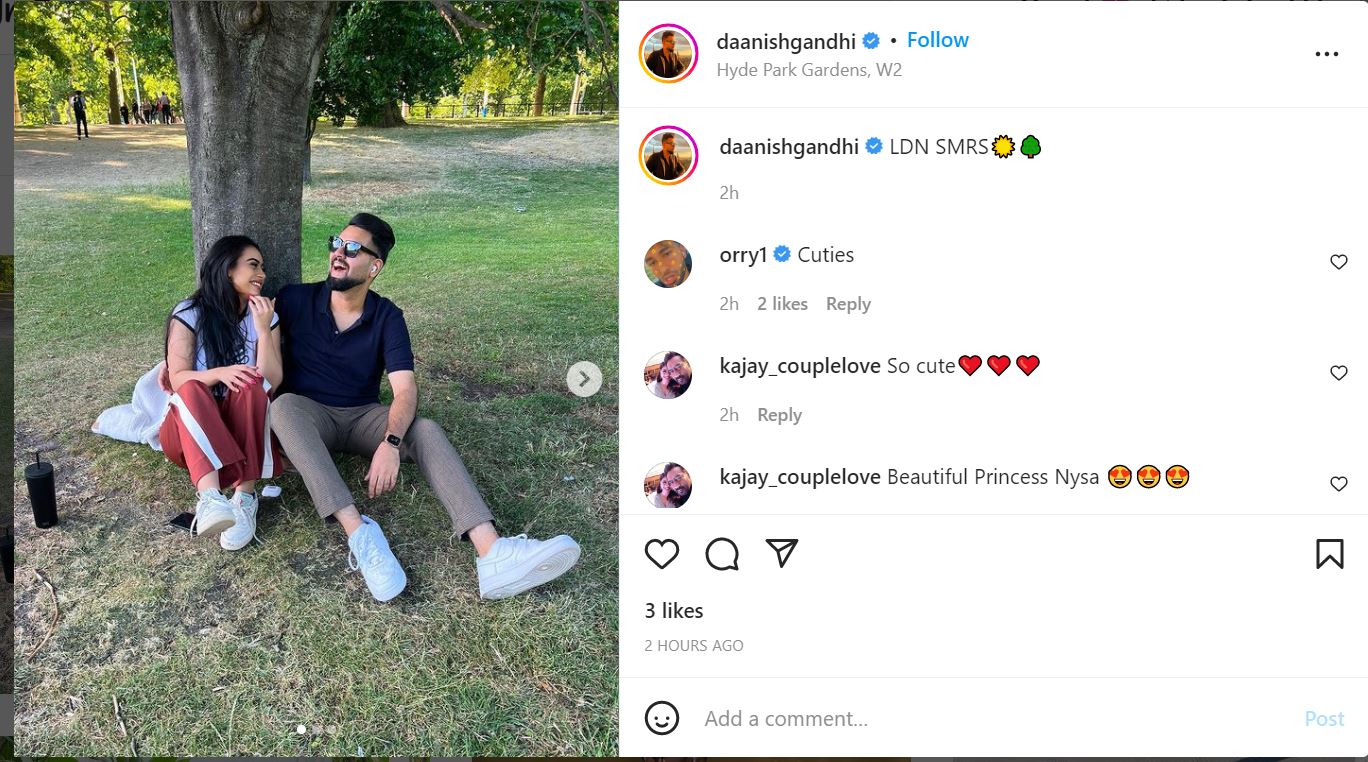 Danish Gandhi is the nephew of Ajay Devgan
Please tell that Danish Gandhi is the son of Ajay Devgan’s sister Neelam Devgan. Danish is also becoming a part of the film industry but not as an actor but as a filmmaker. Danish has worked as an assistant director in Ajay’s film ‘Tanha Ji’. Veeru Devgan’s grandson and Ajay’s nephew Danish have been visiting film sets since childhood.

Danish has been going on film sets since the age of 4
In an interview given to Hindustan Times, I was told that ‘When I was 4 years old, I was first interested to see the chaos on the set with Nana. Light men were running from here to there, directors were shouting action and actors were performing, so I felt like I was at home, when I was only 4 years old. I can’t describe that feeling.

Danish also considers Ajay as a guru.
Danish had further told that Ajay Devgan has been his biggest support since the beginning. ‘Keep pushing me. Taught me a lot, which I can never forget. Not only are there great actors, they also have good technical knowledge of the film.