Bollywood actor Ranbir Kapoor along with his wife actress Alia Bhatt reached his father Mahesh Bhatt’s house to celebrate his birthday. Let us tell you that on Wednesday, Hindi cinema’s famous filmmaker Mahesh Bhatt celebrated his 73rd birthday. In such a situation, Alia-Ranbir reached together and congratulated him on his birthday. Now the inside pictures of the director’s birthday party have been shared by Alia’s mother actress Soni Razdan on her Instagram. In which his whole family is visible.

In the picture, Mahesh was seen sitting in the middle while Alia and Ranbir and Soni are seen sitting close to them. Apart from all this, Shaheen Bhatt, Pooja Bhatt, Kunal Kapoor, Tina Razdan Hertz and Rahul Bhatt are also seen smiling and posing in the frame. Sharing the picture, Soni wrote, “All in family.”

Apart from Soni Razdan, Alia has also shared her father’s picture on Instagram Story. In which Mahesh Bhatt is seen enjoying potato fry. Sharing this photo, Alia wrote in the caption, “Happy Birthday Pops.. May your day be full of potato fry.” 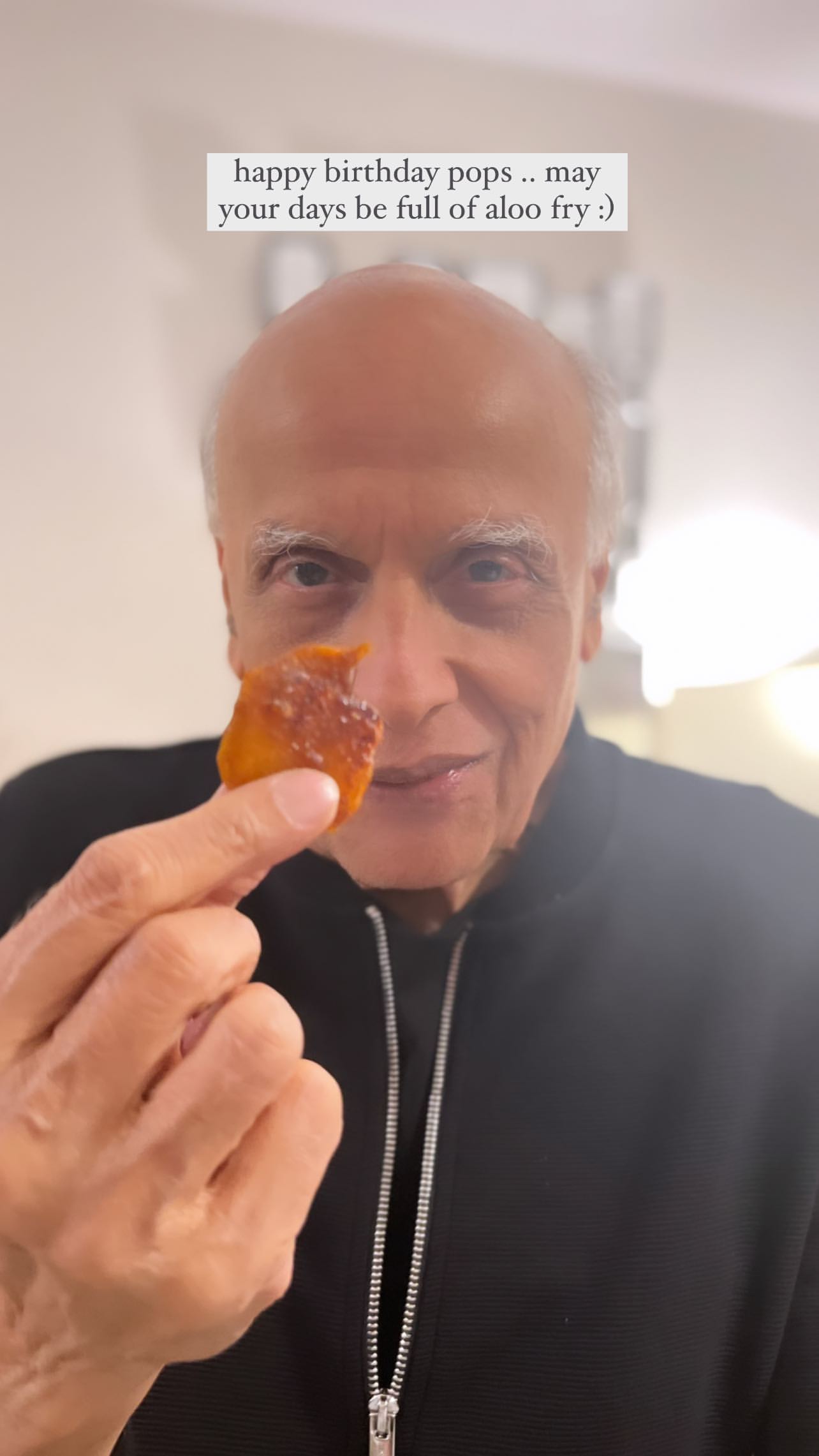 Raju Srivastava Dies: It took so many years to find his love for 'Gajodhar Bhaiya', today he left behind his entire family