Ramsay Brothers The film ‘Veerana’ was released on 6 May 1988. The directors of this film were Shyam Ramsay and Tulsi Ramsay. Bappi Lahiri gave music in this film. Along with the story of this creepy film, there was a lot of discussion about the beauty of heroine Jasmine. The idea of ​​making this film came to Shyam when he actually encountered a ghost. On the 34th year of the film, we tell you the creepy anecdote.

The Ramsay Brothers are especially known for their horror films. These brothers, who made Indian audiences face awe in cinema halls, can never be forgotten. Actually, the idea of ​​making a horror film like ‘Veerana’ came to Shyam Ramsay when he was once returning from Mahabaleshwar.

A woman had asked for a lift on a deserted road
It is a matter of the year 1983, Shyam Ramsay was shooting for the film ‘Old Mandir’ in Mahabaleshwar. The shooting of the film was over, the entire crew returned but Shyam Ramsay decided to stay there for a few days. After resting there for a few days, drive on his own and left for Mumbai. It was night time, on a deserted road, he saw a woman and asked for a lift from her. Shyam stopped the car and agreed to give a lift. Shyam Ramsay had an encounter with a real witch?
The woman came and sat in the front seat with him in the car. Shyam tried to talk to her but she remained silent. The woman was looking beautiful and somewhat strange, suddenly while driving the car, Shyam’s eyes fell on her feet, then she got wrinkled, because her legs were bent backwards. In panic and panic, he applied the brakes of the car loudly. As soon as the car stopped, the woman got down and disappeared in the dark. Shyam Ramsay was filled with panic
Shyam Ramsay was in a bad state of panic, driving fast and came straight to Mumbai and stopped. After this incident, Shyam thought of making a film to present his encounter with the beautiful witch in front of the audience and made ‘Veerana’ after 5 years of this incident. 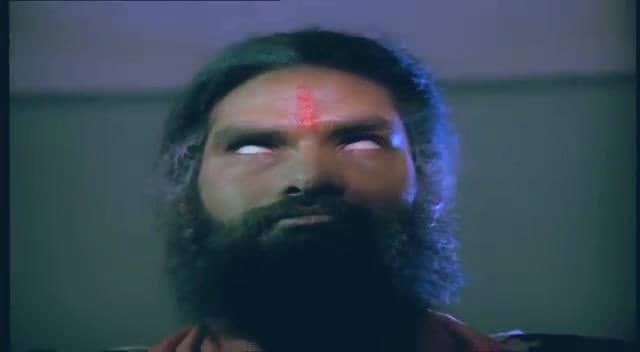 It is mentioned in the book Ghosts In Our Backyard.
Only Shyam Ramsay knows the truth of this horrifying story, but this whole story has been mentioned by Fatehchand Ramsay’s granddaughter Alisha Preeti Kripalani in her book ‘Ghosts in Our Backyard’.