Anil Kapoor And Shilpa Shetty starrer comedy film ‘Badhaai Ho Badhaai’ has completed 20 years. Directed by Satish Kaushik, the film was released on 14 June 2002. Although this romantic and comedy film could not achieve much success, but as something happens during the making of every film that is remembered for years, something similar happened during the shooting of ‘Badhaai Ho Badhaai’. was. Let’s tell some stories.

Apart from Anil Kapoor, Shilpa Shetty, there were also huge actors like Keerthy Reddy, Rohini Hattangadi, Anang Desai, Farida Jalal, Kader Khan, Anrish Puri in the film ‘Badhaai Ho Badhaai’. Shilpa Shetty and Keerthy Reddy were the lead actresses in this film. According to media reports, Satish Kaushik wanted to cast Ameesha Patel with Shilpa in his film, but when Ameesha refused, Keerthy Reddy was signed. However, Keerti did not get any special popularity due to this role. 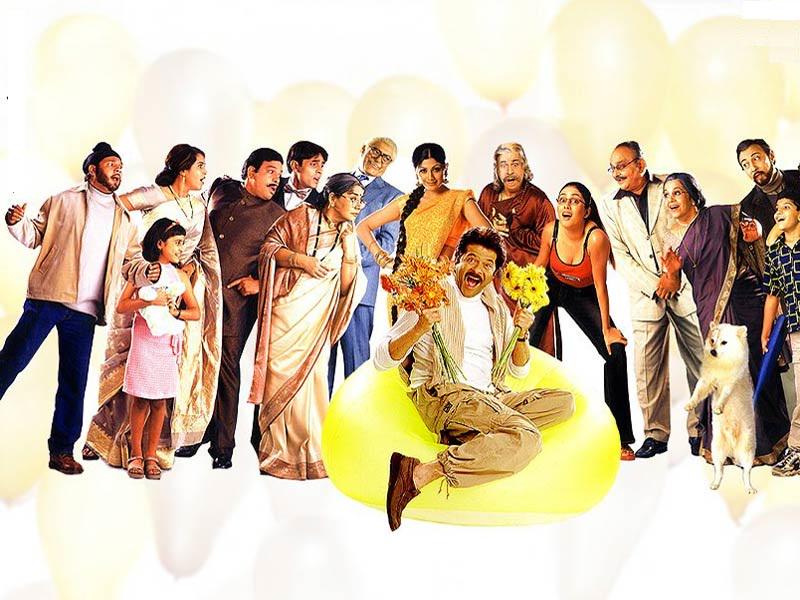 The script of the film was weak. (Photo Credits: satish kaushik/twitter)

Anil Kapoor’s makeup took 4-5 hours
In 45 days, the shooting of ‘Badhaai Ho Badhaai’ was completed by Satish Kaushik. Shilpa Shetty played a great comedy role in this film. From expression to comic timing was so tremendous that Shilpa is still remembered for this great film. Anil Kapoor worked very hard to bring life to his role in the film. Not only this, he also experimented with his looks. Recalling the days of shooting on the completion of 13 years of the film, Satish Kaushik had told that Anil was so serious about his role that he used to start getting makeup done at 5 in the morning and for this he had to sit for 4-5 hours. . I also thanked Anil for this.

‘Jogan Jogan’ is a great song
However, Anil Kapoor’s hard work could not pay off at the box office as the script of the film was very weak. The way there were great actors in ‘Badhaai Ho Badhaai’ and they had tried, the film could not perform anything special. The song ‘Jogan Jogan’ from this film is a memorable song which is hummed even today.

Brahmastra Trailer: 'Liver-Kidney' Ranbir Kapoor is not waiting for the trailer for Brahmastra, know what Alia said.